Early Signs of a Cold: What You Can Do

Did you know that the average person can spend up to five years of their life laid low by the common cold?

Colds remain one of the leading causes of absence among UK workers, responsible for many spoilt weekends and holidays â€“ but it doesn't have to be that way. With enough warning, you can watch out for the warning signs of a cold and, hopefully, stop it in its tracks. 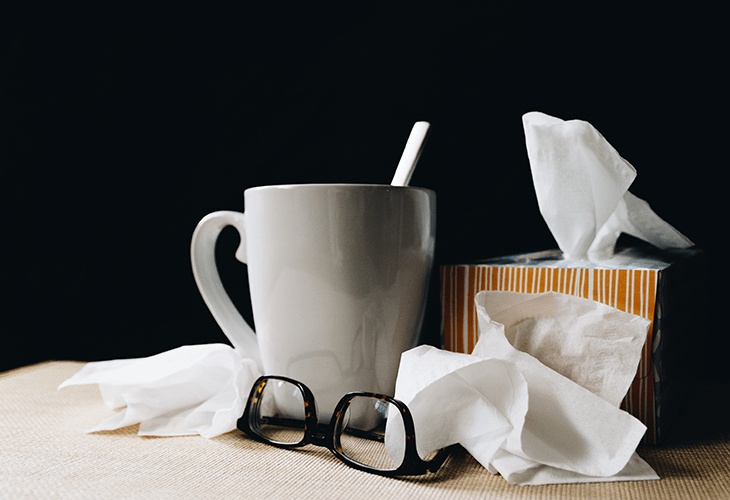 What are the early warning signs of a cold?

One of the main differences between a cold and the more severe flu virus is that with a cold, your symptoms arrive gradually, while flu symptoms arrive suddenly, leaving sufferers little time to prepare.

If you notice any of the following symptoms, it could be a sign that a cold is on the way:

Once these symptoms start to appear, your cold is already underway â€“ all you can do is manage your symptoms.

Do you have a sore throat and a fever?

If you're suffering from a sore throat as well as a fever, you might have more than a cold. Experiencing both of these symptoms might be an indicator of an infection like tonsillitis. Speak to a doctor to be sure of what you are facing, and let their advice recommend an appropriate treatment path.

What can you do about your cold?

There are steps you can take to deal with the worst of your cold and, according to some studies, shorten your recovery time.

Water helps your immune system fight off any infection, so it's important to stay hydrated as soon as you suspect a cold. Drinking plenty of water will help you replace fluids lost when blowing your nose or sweating, while also loosening mucus building up at the back of the throat.

In a similar vein, inhaling steam can be an effective way of clearing your airways â€“ especially when it is mixed with a splash of eucalyptus or over-the-counter decongestant.

When not feeling your best, it is all too tempting to turn to your favourite comfort foods â€“ particularly when we consider the widespread belief that you should 'feed a cold'. In actuality, doing so might make your symptoms worse.

High-fat diets have been shown to slow down the immune system's response to infection, which will make it harder to fight off infections such as a cold. You need the nutrients provided by a balanced diet to help your recovery. 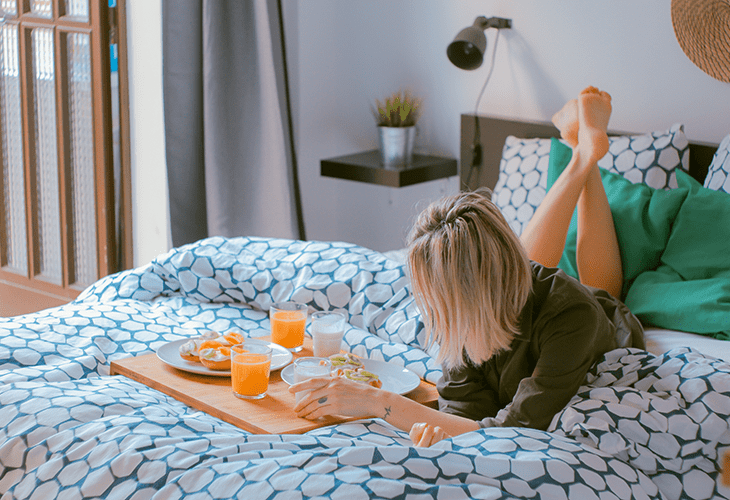 Resting is one of the best ways to help your body shake off a cold.

As tiredness is a symptom of a cold, going about your usual routine is only going to make this worse. In a 2009 study, of 153 male and female participants, those that regularly got less than seven hours of sleep were nearly three times more likely to contract a cold than those that slept eight hours or more each night.

This is a particularly prescient finding when we consider that our own Digital Health Report revealed that 88 per cent of British workers were reluctant to take time off work if they had an illness. For the sake of your chances of getting better, and your colleagues chances of not catching your cold, stay at home.

Do any home remedies for colds work?

The efficacy of home remedies is generally entirely anecdotal, so we looked for hard evidence to back up (or not, in some cases) each option.

Can I prevent a cold with garlic?

A 2001 study tested 146 volunteers, half of whom were given a daily garlic supplement and half received a placebo. The garlic group suffered just 24 colds over a 12-week period and endured 111 days of ill health due to viruses, while the placebo group reported 65 colds and 366 days of illness.

While it is tempting to conclude from this that garlic is an effective option for preventing the common cold, a 2014 review of the study argued that because the 2001 study used an invented five-point scale to differentiate between degrees of cold symptomology, it reduces our ability to generalise the study's findings to other situations. They argue that, in fact, the scale may have been invented to increase the likelihood of the study returning significant results â€“ because in actual fact, the authors argued, that cold symptoms are generally binary, either â€œfullâ€ or not present at all. 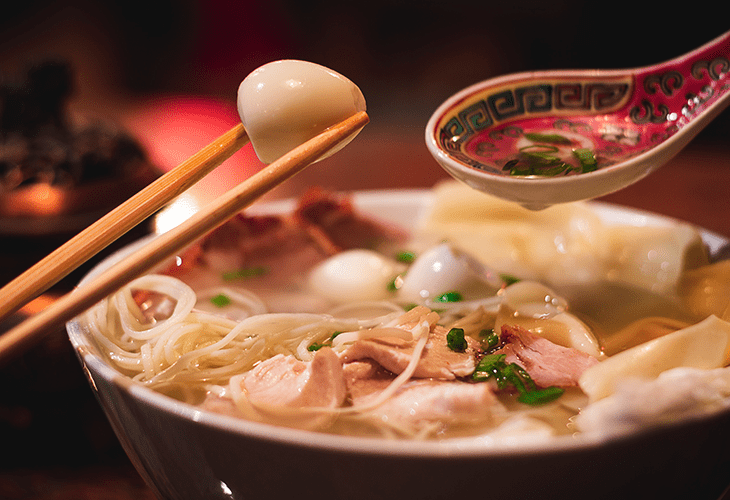 Will chicken soup help with a cold?

While chicken soup is the most commonly-cited cold cure â€“ with some scientific evidence to back it up â€“ any broth-based soup will help you feel better. For one, it will warm you up, and we have already discussed how beneficial water and steam can be in alleviating your symptoms.

It is important to choose the right soup for the job, however. Avoid creamy soups, as these are higher in fat (which, as mentioned above, hampers your immune system), and consider including some vegetables in your broth to get even more nutrients and speed up your recovery.

Is spicy food good for a cold?

The chemical that gives chilli peppers their spice is called capsaicin â€“ a fairly common medicinal treatment, usually found in anti-inflammatory medication. That's not the only benefit to spicy food in relation to a cold, however â€“ our nutritionist has explored the impact of spicy food on the body at length in the past.

Long story short, If you're coming down with a cold, chilli peppers can ease congestion and reduce swelling around your nose and throat. It'll also help make your mucus thin enough for your body to cough or sneeze it away.

Why is honey and lemon good for a sore throat?

Though honey and lemon doesn't speed up recovery, it will handily relieve the symptoms of a sore throat â€“ having been consistently shown to outperform over-the-counter medication (plus, these options typically have surprisingly high sugar contents).

Our honey, lemon and ginger tea recipe is packed full of natural ingredients, too. What have you got to lose trying it for yourself?

Talk to a doctor about your sore throat

Still can't get rid of your cold?

Most colds will go away in around 7-10 days. If your symptoms last longer than this or you're feeling particularly ill, see a doctor sooner rather than later.

Our GPs can see you at a time to suit you, seven days a week. It can be during your lunch break or even in the evening, so there's no interruption to your day. 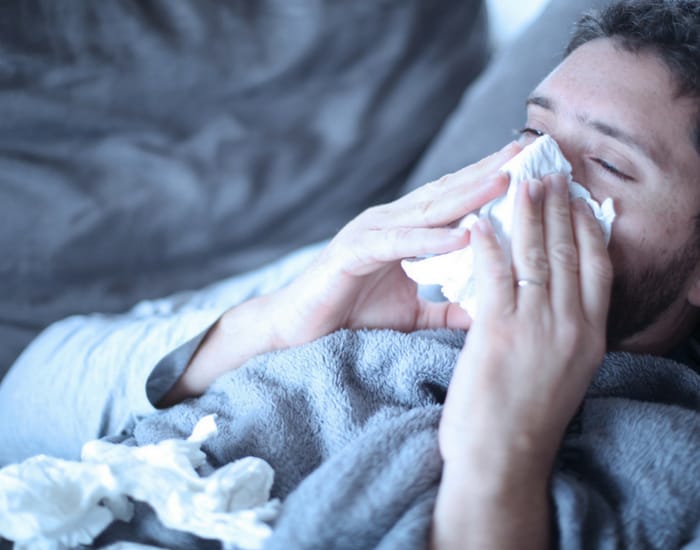 How to sleep with a cold 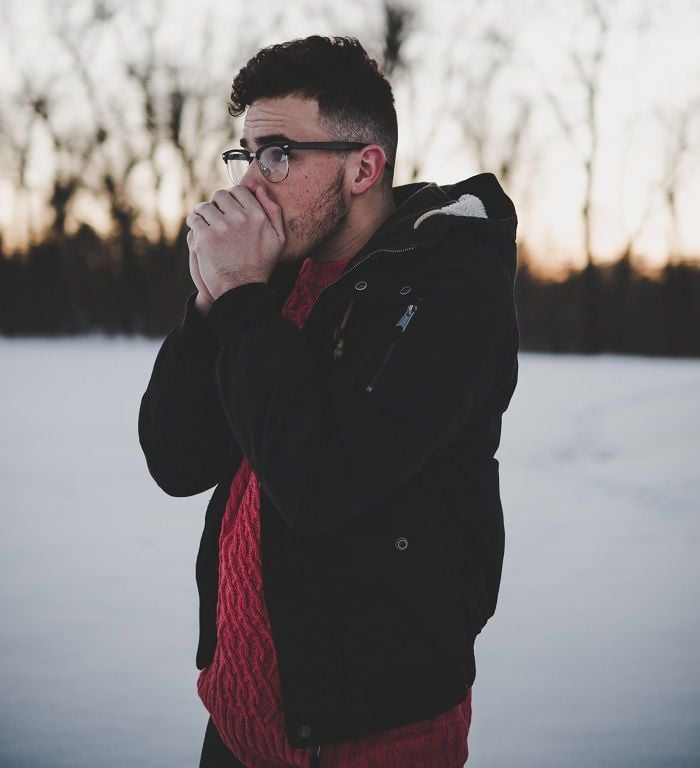