Getting a balanced diet while you're pregnant can be hard. Here, we look at how to get the nutrients you need, and why 'eating for two' is just a myth.

So, you've just found out you're pregnant. While you've certainly got plenty to think about, as an expectant mum one of the most important areas to focus on is your pregnancy diet.

The phrase â€˜eating for two' is often taken to mean that you should scoff twice as much in order to feed your growing baby. This is misleading. If anything, it's a warning that a balanced, healthy pregnancy diet is more important than ever.

It's only natural that your main concern will be for your baby, but it's important to look after yourself as well. Here's a quick guide!

What should you eat when pregnant?

If you're already eating a balanced diet, you won't need to change all that much, as your body becomes even better at absorbing nutrients during your pregnancy.

From a nutrition point of view, it's important to get plenty of:


Pregnancy can really take it out of you, so starch is going to be one of your best sources of energy. Meals that contain a portion of rice, potatoes, sweet potatoes, pasta, noodles or bread will give you the boost you need.

Wherever possible, go for wholegrain varieties over those containing refined white flour, as these contain more fibre. This is an important nutrient during pregnancy, as many women find that constipation can be a problem.


Another nutrient that needs to feature highly in your pregnancy diet is protein, particularly in your second and third trimester when your baby is growing fastest.

Lean meat, fish and eggs will do the trick, provided they're cooked thoroughly - although, as you'll see later, not all fish are acceptable.

Nuts are also a good source of protein. There's a popular myth that eating peanuts during pregnancy will mean your baby is more likely to be allergic to them, but there's no real science behind this theory, so it isn't something you need to worry about.


Iron is especially important during pregnancy, as it helps make the extra blood required for you and your baby and transport it around your body to where it's needed.

Lean red meat is a great source of iron, while you should also make sure you eat plenty of leafy, green vegetables. Dried apricots are also rich in iron, while you can also buy fortified cereal and pasta.


We know that calcium helps build strong teeth and bones. Dairy is your best source, particularly during your final trimester.

Milk and yoghurt are two easy ways to get the calcium you need. The important thing is to make sure that these are pasteurised, in order to remove any potentially harmful bacteria,

What meat can you eat when pregnant?

Poultry and lean red meat is fine, but it must be fully cooked through. That means your steaks will have to be well done and anything with â€˜tartare' in the name has to go.

Undercooked or rare meat could contain parasites that cause toxoplasmosis, which is known to increase the chances of a miscarriage or stillbirth.

You should also avoid game, such as rabbit and pheasant. This might have been shot with lead, which could prove poisonous to an unborn baby.

Liver from any animal contains high amounts of preformed vitamin A. Too much of this could cause birth defects, so you should avoid it.

You might be wondering why this means you can eat as many vegetables as you like, given that these also contain vitamin A. The answer is that they contain a different type known as provitamin A carotenoids, which are very good for an unborn baby.

While we're talking liver, you also need to steer clear of pÃ¢tÃ© while you're pregnant, as it can contain very harmful bacteria such as listeria.

What fish can you eat when pregnant?

You can have as much white fish and shellfish as you like during pregnany, provided it's cooked properly.

Oily fish, such as salmon and sardines, are very nutritious, but you should avoid eating more than two portions a week. This is because these fish may contain low levels of pollutant which, while not dangerous to an adult, may harm your baby.

The fish you really need to be wary of are the ones that contain high levels of mercury, which will have a negative impact on the baby's nervous system. Shark, swordfish, marlin and fresh tuna all need to go on your banned list.

Sushi can also be safe to eat, as long as it doesn't contain of the risky fish we've already mentioned and any fish it does contain has been frozen beforehand in order to kill off any bacteria.

What cheese can you eat when pregnant?

Any cheese made or ripened with mould is a no-go area, as these may contain listeria. This includes soft blue cheese, or those with a white rind such as camembert, brie or goat's cheese.

As bacteria can't survive extreme heat, cooking these cheeses is thought to make them safe to consume, but you'll need to be very careful here.

If you don't fancy a cheeseless nine months, any hard cheese, or a soft cheese made with pasteurised milk, will be safe to eat.

Can you have caffeine while pregnant?

Too much caffeine can result in your baby having a low birth weight, which is thought to result in a higher risk of problems such as obesity, diabetes and high blood pressure in later life.

The suggested caffeine limit for pregnant women is 200mg per day, which equates to between one and two cups of coffee or tea. Look out for decaffeinated varieties if you still need your morning fix.

Can you drink alcohol while pregnant?

There's a fairly constant debate about whether or not drinking during your pregnancy will harm your baby.

However, the fact that alcohol is a poison and no definitive study has found it to be safe would suggest that you shouldn't take the risk. This is particularly true during your first trimester, when the risk of miscarriage would be much greater.

What happens if you can't stomach certain foods?

Everyone's pregnancy is different. From cravings to morning sickness to indigestion, the reality is that your carefully laid out diet plan might go out of the window in the first week.

And that's okay, as long as you're prepared for it. Here's what you need to look out for:

You'll be extra-sensitive to smells and tastes


This is a useful skill that will help you avoid eating anything that doesn't taste right and might harm your baby.

Unfortunately, many mums find their sense of smell becomes so acute that they need to stay away from foods they previously enjoyed. Let's be honest, if the smell of fish sends you dashing for the toilet, it doesn't really matter how much protein it contains.

Indigestion can be a problem


This is especially true during your third trimester. If this happens, you'll need to work out what's causing indigestion symptoms such as heartburn, acid reflux or wind and cut those foods out. Spicy and fatty foods are often the cause.

Try swapping your usual â€˜three meals per day' approach for five or six smaller meals spread evenly throughout the day. This can ease the burden on your digestive system.

Eat what you can


If you have days where getting a balanced diet is hard, just eat what you can, rest up and see how you feel the next day. Don't feel guilty if you have the odd day where you don't eat as many vegetables as you intended, or you couldn't face breakfast.

If morning sickness is a problem during your pregnancy, ginger will help to settle your stomach. Try a glass of flat ginger ale or nibble on a ginger biscuit to help keep nausea at bay.

If you're really struggling, you can always speak to a doctor and find out if there's anything you can do to manage your morning sickness or indigestion.

It's natural to have a lot of questions about pregnancy, particularly if it's your first child. Fortunately, our smart network of UK doctors have seen it all before! 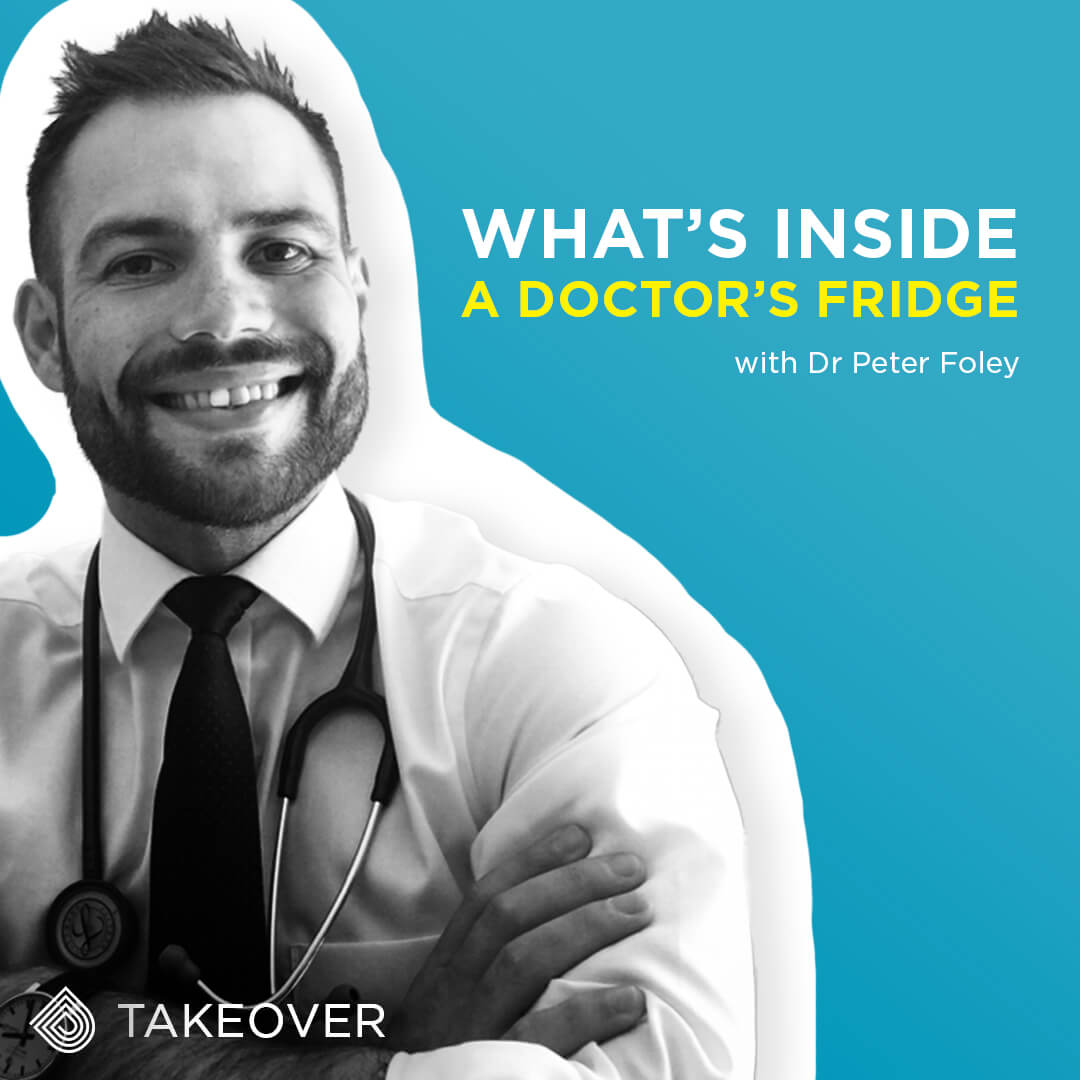 What do doctors eat, with Dr Peter Foley