How can you hear your own voice inside your head?

Why do we hear our own voice inside our head? Find out in our latest blog.

You're undoubtedly familiar with the experience of hearing your own voice inside your head when you're reading or imagining how a conversation might play out - for instance.

The brain is an amazing organ that lets you silently vocalise your own thoughts and in this guide, we'll explore the fascinating mechanism that makes this possible.

Also known as the internal monologue or inner voice, inner speech is the term given to thinking in words.

It's a process that's fascinated psychologists since the field's earliest days, with Russian pioneer Lev Vygotsky theorising that our ability to utilise inner speech developed during childhood, with young children only able to think out loud.

French neurosurgeon Paul Broca looked into the physical mechanism for speech during the 19th century, identifying a region in the brain's front-left hemisphere (now known as Broca's area) as being vitally important for the production of language and speech by studying patients with aphasia (a loss of the ability to speak or write).

This work was built upon by German neurologist Carl Wernicke, who began his own investigations into the effect of brain diseases on speech. He discovered that not all problems occurred due to issues affecting Broca's area and identified a region in the rear left of the brain (which was later branded Wernicke's area) as playing an important role in understanding language.

Language and the Brain

In the years since, several neighbouring areas have also been found to contribute to processing and producing language, with a vast web of connections existing between these regions and the areas responsible for hearing.

Curious researchers have pointed MRI (magnetic resonance imaging) scanners at people while they silently read to themselves and found frenetic activity taking place in these zones.

Speaking in your head also activates the muscles associated with speech in a process known as subvocalisation. By using an electric device to measure these tiny movements, researchers in the 1950s were able to accurately measure these for the first time and suggested that silent reading could play a role in helping people to commit things to memory.

Studies on inner speech have also shed light on psychological disorders, with scans on the brains of people with conditions that involve hearing voices revealing that many of the same areas involved in producing inner speech were active during episodes of auditory hallucinations.

This feedback process extends to other parts of our sensory suite as well. Research has found that the parts of the brain responsible for visual perception spring into action when you imagine images while your eyes are closed.

While the reasons these abilities have developed still aren't understood, it's thought that these intricate connections play an important role in allowing us to imagine and make predictions about our future actions.

While immensely interesting in themselves, these findings pose some interesting follow-up questions.

Do people who were born deaf have an inner voice?

Yes, although as you might expect, it doesn't act in quite the same way as the inner voice of those who can hear. It seems to manifest itself in a more visual way among those who have experienced hearing loss from birth, leading some to brand it 'inner sign'.

In a recent Quora thread on the issue, some deaf people shared their experiences:

I have a 'voice' in my head, but it is not sound-based. I am a visual being, so in my head, I either see ASL (American Sign Language) signs, or pictures, or sometimes printed words, said Michele Westfall.

I did have speech therapy at an early age, and growing up, my inner voice is figuratively speaking to me and I hear it as well as lip-read it. This is the same voice that I imagine people have when they read blocks of text and hear in their head. I don't exactly see some creepy 'Voldemort' face in my head, but I always have some image of lips moving along with a voice that I hear.

Research has found that the deaf equivalent of inner voice can play a role in helping commit things to short-term memory, lending credence to theories about the role the inner voice plays in helping us remember things.

Do animals have an inner voice?

Simply put we don't know, but probably not. Since the development of an inner voice is linked to our ability to understand and process language, animals are unlikely to possess one.

However, studies on primates have indicated patterns similar to humans in terms of activity in the areas of the brain associated with internal thought processes:

Sadly, it seems we'll never know what goes on inside the heads of our furry friends, given the fact we're unable to communicate with them and ask them what they're thinking.

This is another unknown. Some to accounts of Saint Augustine's surprise at Saint Ambrose reading without moving his lips as proof that this is a fairly recent development in the western world.

However, others suggest accounts of Alexander the Great reading a letter silently in front of a platoon of bewildered soldiers may indicate this skill was developed much earlier in history.

It's likely we'll never know whether readers of the world's oldest recorded language in ancient Sumeria read silently, however, some claim quite convincingly that the ability to read ahead is a prerequisite of simultaneously reading a passage out loud. 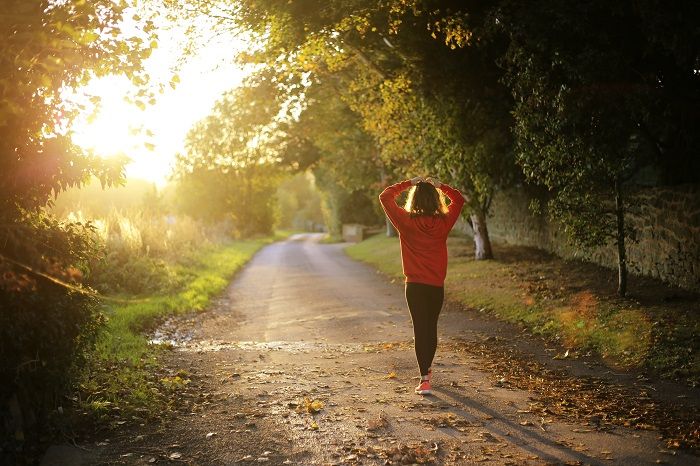 Push for Happiness: Work out your mental health