7 Reasons Why You Can't Sleep At Night, Without Even Realising

We can all agree that good night's sleep is important. However, there might be factors that make it harder for you to fall asleep without you even realising. Let's take a look at some of them.

If you can't sleep at night, you'll spend the next day tired, cranky and unable to really concentrate on what you're doing.

That's not much fun for you, or anyone else around you.

When it comes to sleeping properly, you probably already know that you shouldn't be watching TV or using your phone in bed.

You probably also know that eating a big bar of sugary chocolate before bed isn't going to leave your body in the best state for sleep.

However, there might be areas of your evening routine or bedroom environment that are making it harder for you to fall asleep without you even realising.

Let's take a look at some of the lesser-known factors that could be keeping you awake into the small hours.

Many of us need a caffeine hit in order to get us fully functioning in the morning. However, as long as you steer clear of coffee and tea before bed, you'll be fine, right? Not necessarily.

While its effects peak after around an hour, caffeine stays in your system for much longer than you might realise. It can take up to five hours for your body to deal with even half the caffeine a cup of coffee provides.

In other words, if you're the sort of person who needs a second latte to get through the afternoon, you might be spoiling your chance of a good night's rest. To avoid this, it's best to limit these drinks to before lunch.

Most of us will have at some point eaten something that's led to a less than peaceful night's sleep. Well, allow us to introduce you to one of the main culprits - tyramine.

This naturally-occurring chemical is a very effective stimulant that releases dopamine and adrenaline into your system. This gives you a sizeable burst of energy, which isn't really what you want when you're trying to nod off.

Unfortunately, tyramine is found in lots of your favourite things, including bacon, cheese, avocado, chocolate, red wine, peanuts, soy sauce and bananas. Turns out that midnight snack is wrong for all sorts of reasons!

If you do need to eat something close to bedtime, low-tyramine foods include potatoes, rice, noodles, peanut butter and vegetables.

Brushing your teeth before bed is, by all accounts, a good idea. What we're interested in here is the peppermint found in many toothpastes and mouthwashes.

Studies have shown that peppermint increases alertness. While this is ideal to help you kick start the day during your morning brush, it's not what you need just before lights out. As such, you might want to try products that find a different way of keeping your breath fresh.

Saying that, for the sake of balance peppermint tea is supposedly also good for relieving problems such as indigestion, bloating and morning sickness, all of which could get in the way when you're trying to sleep. This one could come down to personal preference.

In the UK, we're famously protective of our pets. As such, the idea that they may be to blame for your bad night's sleep might not be something you want to hear.

However, it doesn't take a lot of analysis to see that it's true. Pets don't follow the same timeline that we do. They don't care that you have to get up for work the next day.

Let's not forget that even when they do sleep, their habits are totally different. Cats are nocturnal, so they're not likely to want to lie down and do nothing all night while you sleep. Meanwhile, dogs are often pretty fidgety creatures, who probably won't listen to reason if you tell them off for hogging the bed.

In short, as much as you love them, if you find yourself regularly struggling to sleep, they're probably best off somewhere else in the house during the night.

The Wrong Kind of Noise

You might think that noise is going to keep you awake, but in reality it's not that simple.

If you've lived in an urban environment your whole life, you're probably used to a bit of noise. In fact, you might notice that you find it hard to sleep when you visit the countryside. Without your regular hum of traffic, it's almost eerily quiet.

On the other hand, living in the peaceful countryside means you get quite the shock in the city, with cars, people shouting, police sirens, loud music and all sorts of sounds shattering your peace and quiet.

One sleep study showed that hospital patients were less likely to be woken by staff moving around if white noise was played in the background at all times. This was because the difference between loud sounds and the patient's white noise' was less noticeable than if the ward was normally silent.

It's recommended that you change your mattress once every eight to ten years. That doesn't leave you with a lot of scope to find the mattress that's best for you. You could spend years sleeping on a mattress that's disrupting your sleep without even realising that there's a better option out there.

The wrong type of mattress can cause issues such as back pain, which will affect not just your sleep, but your everyday life as well. It's worth investing a little time finding the mattress that suits your sleep best.

Oh, and don't ignore that advice about changing your mattress at least once a decade. By that point, it'll be packed full of millions of dust mites, which can cause any allergies you have to flare up in the night.

How can something that only happens when you're asleep be responsible for you not sleeping? It seems a little unfair, but unfortunately it's the truth.

Aside from the obvious fact that snoring can easily keep one half of a couple awake and frustrated, it affects the quality of the snorer's sleep too.

Snoring happens because your throat muscles relax and cause your airways to become much narrower than normal. This means there's less space for you to breathe air out and the walls of your throat are required to vibrate more vigorously than normal.

This can be a sign of a condition called sleep apnoea. If the walls of your throat become too narrow, it causes you to jerk awake in order to clear your airways, sometimes up to ten times every hour. You might not even notice it happening, but these regular interruptions to your slumber mean you don't get as much shut-eye as you need.

This is something you need to speak to a doctor about, but there are also factors you can take charge of. For example, drinking a lot of alcohol before bed causes you to become even more relaxed, which will likely lead to more snoring.

If you're being kept awake by insomnia, our doctors are here to help. They'll listen to your symptoms and talk to you about anything that could be affecting the quality of your sleep.

You can book an appointment at a time and place to suit you and start getting better right away. 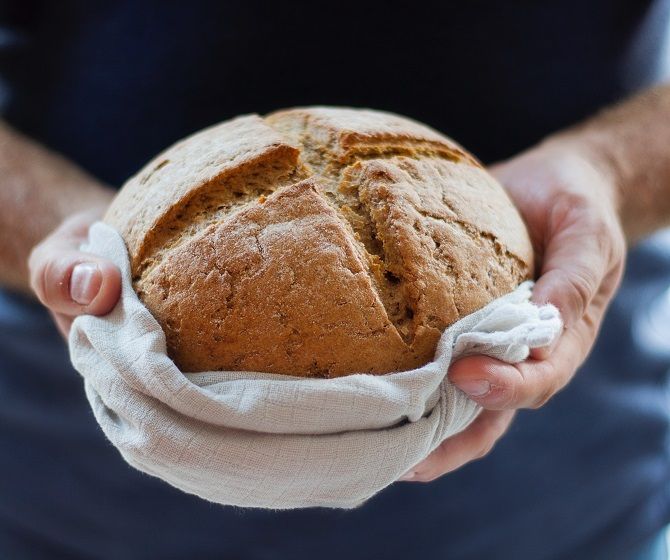 7 reasons why baking is great for your mental health