Getting the flu can put a real dampener on your festive season. One way to cut your chances of catching it is the flu jab, but how exactly does it work?

Not only that, with just a few groups of people eligible for a free vaccination, is it worth paying for if you're not considered 'at risk'?

As usual, our doctors have all the answers you need.

How does the flu vaccine work?

The vaccine contains an 'inactive' sample of the flu virus. While this won't make you ill, it will trigger your body to produce the antibodies that fend off the flu virus.

This means that when you get flu for real, your body is ready to tackle it, so you won't get sick.

However, while many vaccinations offer lifetime protection, flu is a bit different. The viruses that cause flu change every year, as they try to get round existing vaccines. That's why the flu jab often needs to be repeated annually.

Every year, the World Health Organisation (WHO) predicts which strains are likely to be spreading in the northern hemisphere during the winter. From there, vaccines are manufactured and distributed to 'at risk' groups, usually between October and November.

Is the flu vaccine effective?

While the vaccine is the best method of flu prevention we have, it's far from perfect.

For starters, the WHO's predictions aren't always correct, meaning some strains of flu can get through. At the moment, elderly patients are the most at risk.

However, the jab was not regarded as successfully preventing flu among the over-65s, as one strain of the virus (known as H3) was not identified before the vaccine was made. Despite this, it's important to remember that the vaccine was still effective against other strains of flu.

The results for children were up 8% on the previous year. Given that children are the most likely age group to pass flu on to others, this is a certainly a positive result and highlights why it's still important to get a flu jab if you're considered 'at risk'.

When are you eligible to get a free flu vaccination?

We've talked a lot about 'at risk' groups. The NHS currently offers free flu jabs to the following people:

The vaccine is also usually offered to people caring for others with a compromised immune system and those working in health and social care.

GPs can also refer people for the flu vaccine if they think they're likely to be at risk of developing complications from the virus on a case-by-case basis.

Why doesn't everyone get the flu vaccine?

While flu is unpleasant, most of the time it isn't serious. With limited resources available, the Department of Health prioritises those people who are at the greatest risk of complications as a result of flu symptoms.

You can still get a flu jab if you're not considered 'at risk', you just won't be eligible for a free one. This brings us to our next question...

Is it worth getting a flu jab if you're not at risk?

The flu jab is available for purchase at a range of pharmacies in the UK, As we've seen, it's far from being a foolproof remedy, but if you want to reduce your chances of being hit with influenza this winter - it's your best option.

Whether you get the jab or not, you can lower your chances of flu by practicing good hygiene and avoiding transmission, which can be easier said than done during the cold winter months.

If you're looking for advice on dealing with the flu or any respiratory infections this winter - our experienced doctors can provide expert advice at the push of a button. 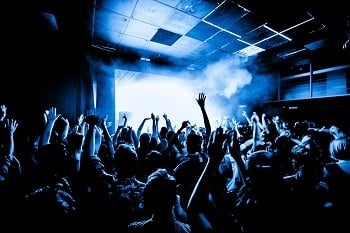 Power Through Your Fresher’s Flu

Exercise with a Cold or Flu