Why you need copper in your diet and how to get it: A doctor's guide

When you think of copper, you probably think of small change and roofing material. While it's both of those things, it's also a vital mineral which your body needs in order to function properly.

We've asked Dr Peter Foley to tell us everything you need to know about copper, while you can also follow us on Instagram and use #KnowYourABC to find out more about a range of vitamins and minerals.

Why is copper important in your diet?

Copper is heavily involved in the function of both red and white blood cells. It works with iron to help red blood cells carry oxygen to your vital organs. It doesn't get much more important than that, does it?

Other areas where copper helps to maintain your health include:

Copper plays a role in strengthening the sheath that protects the outer layer of your nerves, while it also helps stimulate brain activity.

Your body uses copper along with other micronutrients to create neural pathways that enhance your creative, decision making and memory abilities, as well as improving your mood.

Researchers are investigating whether copper could even play a role in treating problems such as Alzheimer's or Parkinson's.

Copper deficiency is a common symptom of brittle bones or osteoporosis, so getting enough copper is known to lower your risk of these conditions.

It can also help to prevent arthritis. Copper is an anti-inflammatory, so it can relieve the pain and stiffness caused by this condition.

How do you know if you're getting enough copper?

Men and women need around 1.2mg of copper each day. Generally, you can get this quite easily through your diet.

Despite this, it's good to know the signs of copper deficiency so that you can take action if needed. Symptoms include:

While it's very rare, it's also possible to get too much copper in your diet, which can be toxic. Symptoms of this include nausea, headaches, vomiting, diarrhoea and a metallic taste in the mouth.

There are very rare conditions where the body can have either too much (Wilson's Disease) or too little (Menkes Syndrome) copper, both of which are genetic.

Copper can be found in a wide range of natural food sources. These include:

Some breakfast cereals may also be fortified with copper, but it's possible to get your recommended daily intake from entirely natural sources.

Should you take copper supplements?

I'm often asked about copper supplements, but I'm yet to see a patient who has actually needed them.

If you're eating a balanced diet with plenty of colour and a wide range of natural wholefoods, you don't need to worry about copper supplements. In fact, having too much copper can have a negative impact on certain medications, such as oral contraception or anti-inflammatories.

Remember, they're called 'supplements' for a reason. You can get plenty of copper naturally from your diet, and don't you deserve the real thing?

Zinc in sync: Why you need this mineral in your diet 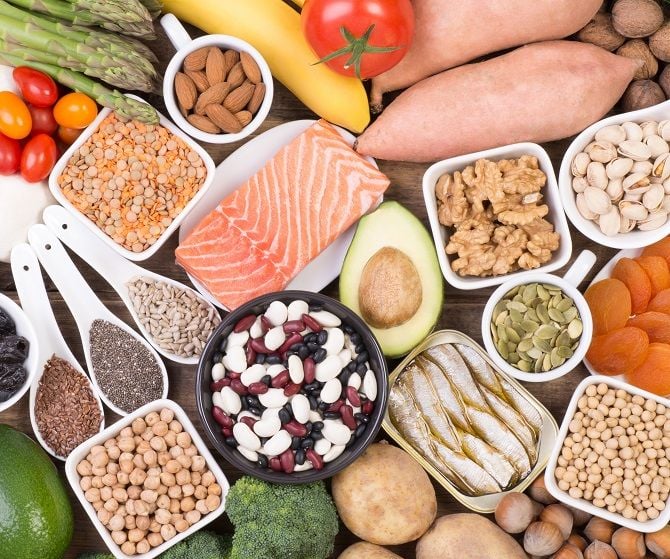 Why potassium needs a place in your diet