What are the health benefits of Vitamin D?

Vitamin D is a bit different from other nutrients. While most of our nutrients come from food and drink, our main source of Vitamin D is sunlight.

You'd think this would make it easy to get all the Vitamin D you need. You just have to go outside, right?

Unfortunately, it's a little more complicated than that. In fact, research suggests that up to 50 per cent of Brits aren't getting the Vitamin D they need to stay healthy.

To help turn this problem around, we're going to explain why Vitamin D is good for your health and show you how to get enough.

What does Vitamin D do?

Vitamin D is vital to your health. It performs essential functions in the body, while studies have shown it could reduce your risk of both physical and mental issues.

Let's take a look at some of the biggest health benefits scientists have found about Vitamin D:

This weakens your bones and makes it more likely that they'll break under pressure - for example, from a fall or when playing a contact sport. Osteoporosis can develop over time and is closely linked with an increased risk of a fractured hip or wrist. Getting plenty of Vitamin D now could help you avoid problems in your old age.

2015 study in the Journal of Science and Medicine in Sport suggested that taking Vitamin D supplements could improve muscle strength.

The researchers looked at 310 people and concluded that a higher Vitamin D intake could make upper and lower limbs stronger in both men and women.

Scientists have been investigating whether the increased exposure to sunlight (and therefore Vitamin D) in these climates could be the cause. While more research is required to make any firm conclusions, in 2009, one study claimed that getting 2000 nanograms of Vitamin D per day could stop cancer at an early stage, by preventing cells dividing and spreading throughout the body.

You may already be familiar with the idea that a lack of sunlight can contribute to depression. However, you're more likely to have heard about it in the context of Seasonal Affective Disorder (SAD), which can cause people to feel depressed during the winter months.

Scientists have looked at whether a lack of Vitamin D during darker months could cause this. The results from a number of studies have shown a link between low Vitamin D and low mood, as well as slower brain function.

A study in Finland looked at whether giving babies a Vitamin D supplement could reduce their risk of Type 1 Diabetes in later life. They studied over 10,000 children and found that supplements did make diabetes less likely.

Of course, health guidelines already recommend that children under five take Vitamin D supplements, because they shouldn't spend too long in the sun.

If you've been paying attention, you'll already know that sunlight is our biggest source of Vitamin D. However, there's a little more to it than just sitting outside for a bit. Plus, as you're about to discover, there are other ways to top up your Vitamin D.

When it comes to Vitamin D, not all sunlight is equal.

You need it to contain a high amount of UVB light in order to have the desired effect. In the UK, this only happens from late March to early September.

There are other factors too. Those with darker skin will need more exposure to the sun than those with fairer skin.

You'll also only get Vitamin D from direct sunlight, so sitting next to a closed window won't do the trick.

You don't need to stay out in the sun for too long to get the Vitamin D you need. During a British Spring or Summer, around 30 minutes per day should be more than adequate. This doesn't have to be sunbathing at the beach either, you can soak up some rays just walking to the shops.

As we all know, staying out in the sun for too long is dangerous - you could get sunburn and increase your risk of skin cancer.

Vitamin D can be found in food, but it's in much lower amounts than sunlight. Oily fish is one of the best food sources available, while small amounts are found in cheese and egg yolk. Some foods, such as spreads, milk and cereal, are artificially fortified with Vitamin D.

Sunlight contains Vitamin D3, which provides you with all the health benefits we talked about. In contrast, the diet contains much less Vitamin D3, along with higher amounts of the much less useful Vitamin D2.

Certain people are medically advised to take Vitamin D supplements, usually due to the fact that they don't spend enough time in the sun to get the Vitamin D they need. These include:

If you decide to take supplements, it's important that you do so safely. A daily supplement of between 2.5 and 10 micrograms is sufficient for most adults who are regularly exposed to sunlight. This should start to have a noticeably positive effect on your health after around four weeks.

What happens if you don't have enough Vitamin D?

There are a number of possible reasons why almost half of Brits aren't getting enough Vitamin D. For example, many of us work in office-based jobs that keep us inside for most of the day. Britain also doesn't receive the same level of sunlight as other countries.

A lack of Vitamin D can cause the bones to become soft and lead to deformities in your bone structure. In children, this is known as rickets and can have a significant impact on a child's growth and development. In adults, this condition is known as osteomalacia.

Cases of rickets or osteomalacia are very rare in the UK.

Studies have also shown that people with low Vitamin D levels carry a much greater risk of heart disease, diabetes (both type 1 and type 2), cancer, dementia and autoimmune diseases like multiple sclerosis, to name a few.

What happens if you have too much Vitamin D?

This is known as Vitamin D toxicity, but it's very rare. You can't get too much Vitamin D from sunlight alone, while we've already discussed how it's not possible to get the amount you need from food.

That leaves supplements, and this is where you need to be careful. Anyone aged over 11 should not take more than 100 micrograms per day.

Taking too much will lead to a condition called hypercalcaemia, where there is too much calcium in your bones and they become weak. It can also damage your heart and kidneys.

If you've found this advice helpful and want more tips on how to look after your health, you're in luck! Hit the buttons below to get more information on how to get the nutrients you need and stay healthy all year round.

Everything you didn’t know about Vitamin C 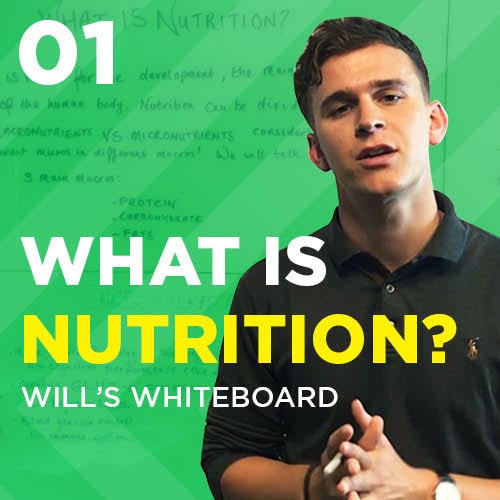 What is Nutrition? Will's Whiteboard