Does the Atkins Diet work, or is the science behind cutting carbs faulty? We explore the evidence for and against this popular weight-busting trend.

Let's be honest, most of us could do with losing a bit of weight. But it's hard to find time in a hectic modern lifestyle to break our bad habits and make a sustained effort to get healthier.

Does the Atkins Diet work, or is the science behind cutting carbs faulty? We explore the evidence for and against this popular fat loss trend.

Let's be honest, most of us could do with losing a bit of weight. But it's hard to find time in a hectic modern lifestyle to break our bad habits and make a sustained effort to get healthier.

It's no wonder then that we're so eager to find a shortcut or dieting hack that'll get us to where we want to be quickly and without the fuss of giving up our favourite foods or exercising regularly.

Possibly the most popular craze in this area is the Atkins Diet. A staple of celebrities and probably the longest-running fad diet of modern times, it's been touted as a silver bullet for weight loss.

But does the evidence back up Atkins' extraordinary claims? In this guide, we'll find out.

An Intro to Atkins

The brainchild of Dr Robert Atkins, the Atkins diet first became popular during the 1970s and has seen a few tweaks in the years since it was first released. However, the basic principle has stayed largely unchanged.

In short, Dr Atkins pegged carbohydrates (carbs) as the main culprit behind weight gain, as well as the development of conditions like heart disease. He recommended limiting the consumption of carbs, with a view to forcing the body to burn its stored fat to use as energy.

The diet itself is broken down into phases, which run from kick-starting your weight loss by dramatically cutting the amount of carbs you consume to slowly adding carbs back into your meals until you reach the final ('maintenance') stage.

Atkins can seem very appealing, given that you can still chow down on tasty foods like bacon, beef and dairy products like butter, cheese and cream while continuing to lose weight.

There's been a great deal of research done on both the Atkins diet and low-carb diets in general, however, the findings have been mixed to say the least.

In the interests of fairness, let's start with the positives. There's plenty of anecdotal evidence on Atkins' success and some celebrities swear by it.

TV chef Nigella Lawson called it the perfect diet for those who love food, while Kim Kardashian expressed her love for it on Twitter claiming it helped her shed weight after childbirth.

While there's a fair amount of research in support of Atkins, very little is definitive. However, some highlights include:

Unfortunately for fans of Atkins, there's a great deal more evidence that falls either into the categories of uncertainty or denying its effectiveness.

wide-ranging review into low-carb diets to date, 19 trials were examined and compared with balanced diets to determine how effective they were. It found that short-term weight loss occurred in both kinds of diet, but little or no difference in weight loss up to two years of follow-up.

A 2003 review of low-carb diets like Atkins by the American College of Nutrition blasted them for relying on poorly controlled, non-peer-reviewed studies, anecdotes and non-science rhetoric.

This was echoed in 2004, when Atkins was condemned as pseudo science by nutritionist Dr Susan Jebb, head of nutrition at the Medical Research Council Human Nutrition Research Centre.

Fad diets in general prey on the overweight, offering quick fixes and psychological tricks. However, I see no medical benefit at all in them, and in particular from the Atkins diet,she said.

Due to the heavy restrictions on what you can eat while on the Atkins diet, it also suffers from a high dropout rate, which weakens the evidence in its favour and suggests its results, if present at all, may be unsustainable in the long term.

There's also some evidence to suggest Atkins can not only be ineffective in helping people lose weight, but may also pose serious health risks to participants.

It's worth noting that there's few studies that have methodically examined the long-term effects of Atkins, which make its effectiveness in both weight loss and preventing disease hard to gauge.

While there's some evidence low-carb diets like Atkins can help people lose weight in the short-term, many nutritionists think this is due to a range of factors, including:

As we explored in the studies above, the Atkins diet suffers from a high drop-out rate, which is usually attributed to it being so hard to stick to on a day-to-day basis.

The dieting world is also rife with stories about the rebound' weight gain experienced by those who quit a low-carb diet and switch back to regular foods.

While Atkins might be good for a short-term boost in weight loss, the risk of a rebound, combined with the potential for serious complications means you should at least think twice before plunging into it.

Sadly, until a magic fat-burning pill comes along, there's only one guaranteed way to lose and keep off weight in the long term.

It's nothing you haven't heard before eat less, eat better and exercise more. And while it's easier said than done, there's no way to cheat your way round it.

No amount of fad diets or 'life hacks' are a suitable substitute for the meaningful lifestyle changes that you'll need to implement if you're to make any serious and sustainable headway on your weight loss.

And if you're looking for expert medical advice on losing weight, or any other aspect of nutrition Push Doctor can help. 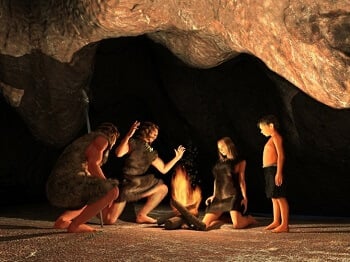 Gluten-free diets: Why ditching the grain could be a pain