Red Wine Health Benefits: What You Need To Know

If you're one of the many people who are fond of a glass of mulled wine at Christmas, this one's for you.

While we all know that alcohol itself isn't good for us, red wine is often cited as a 'healthy' exception. But is this just wishful thinking?

We've looked at the supposed health benefits of red wine and explored the potential health risks. We'll also give you the answer to the key question - just how much red wine is it safe for you to drink?

What are the health benefits of red wine?


This is the most frequently highlighted health benefit of red wine. It contains a number of nutrients linked with a healthy heart, including:

These are powerful antioxidants that can protect your body from atherosclerosis, a condition that occurs when fat clogs your arteries.

Quercetin comes from a group of plant-based nutrients known as flavonoids. These reduce blood pressure, control inflammation and prevent oxidative stress that can damage cells.

Resveratrol offers some protection against harmful cholesterol, and triglycerides, and can reduce heart tissue damage after a stroke or serious health issue. However, there's nowhere near enough resveratrol in your glass for you to really feel this benefit from wine alone.

You need 500mg of resveratrol a day for it to have any effect on your heart health. A glass of good quality red wine contains around 40mg. That means you'd need to drink 12.5 glasses of wine per day to get the resveratrol you need, which for obvious reasons isn't recommended!


We usually think of cholesterol as bad. Some of it is.

According to 2016 research from Harvard University, moderate drinking can increase your level of HDL cholesterol and reduce the likelihood of blood clots developing in the long term.

Crucially, this benefit is mainly felt by people over 40, who are more at risk of heart disease in the first place. Younger people will not necessarily get as much value from wine consumption, as they're less at risk.


The calories in alcohol have no nutritional value and are therefore regarded as 'empty'. However, there is one nutrient in red wine that can help make sure you don't pile on the pounds.

It's called piceatannol and it's found in many fruits, including red grapes. Piceatannol can stop fat cells from growing by destroying them in the early stages of development. This prevents these fat cells from building up and could play a small role in preventing weight gain.

Fortunately, it's also thought that resveratrol can also turn unhealthy white fat into brown fat, which is much easier to burn off through exercise.


Tests have shown that red wine controls the speed at which glucose passes through the small intestine and enters the bloodstream.

It does this by reducing the effects of the enzyme that causes the body to absorb glucose into the blood and means that a spike in blood sugar is less likely. Red wine is much better at this than white wine.


Without getting too technical, free radicals are unstable molecules that damage your healthy cells. It's not possible to completely eliminate them from the body - indeed, they are sometimes useful for isolating and defeating viruses, so you wouldn't want to.

However, too many of them can increase your risk of cancer, heart disease, dementia, arthritis and more.

Red wine's antioxidants nullify this threat and repair any damage caused. Resveratrol, in particular, is proven to interrupt the processes that eventually lead to issues such as cancer, and prevent tumours from progressing from benign to malignant status.


The resveratrol in red wine reduces oxidative stress and swelling, both of which are linked to a deterioration in mental health as we get older. This means that red wine could help to slow down dementia symptoms and control features of Alzheimer's.

Is there another way to get these health benefits?

Okay, so there are some advantages to drinking red wine. However, it should already be clear that there are many other ways to give your body the health benefits we've just outlined.

To keep your heart strong, you really can't beat the combination of a healthy diet and regular exercise. If you're a smoker, you'd be better off giving up the cigarettes before you uncork a bottle of wine.

We've talked about resveratrol, and how wine doesn't contain enough to really provide any benefit. There are plenty of other foods that will top up your resveratrol levels, such as berries, apples, grapes, dark chocolate, peanuts and pistachios.

What are the health risks of red wine?


A 2017 report from the World Cancer Research Fund stated that women who drink the equivalent of half a glass of wine every day have an increased risk of developing breast cancer.

While their report specifically mentions wine, when the government updated its health guidelines in 2016, it warned people that drinking any alcohol at all carried this risk. Their observation is supported by a Danish study that found women who had two drinks a day for five years increased their risk of breast cancer by up to 30%.

The same study also found that the same drinking habit reduced the risk of heart disease by 20%. However, the report sensibly concluded that the health risks outweighed the positives, and that there were better ways to reduce your heart disease risk.

Alcohol is a poison


It's easy to forget that alcohol is a poison, but it is. Your body can process a small amount, but regularly drinking a lot of wine can cause long-term damage to your brain, liver and other organs.


Pretty much every alcoholic drink contains histamine, the substance that triggers your hay fever symptoms. Unfortunately, red wine appears to contain more than white wine, beer and spirits, so it's probably the worst thing to drink if you're a hay fever sufferer.

Not only will it cause your allergies to flare up, those of you who are prone to blocked sinuses will have an even harder time dealing with your hangover the next day.


These are used to purify wine, but they can cause a negative reaction in some wine drinkers. Possible symptoms include stomach pain, skin problems and diarrhoea, while it can also trigger allergies such as asthma.


While the law requires most food and drink products to list all their ingredients, including additives, wine doesn't have to do this.

This effectively means you don't know what's going into your system, which is even more reason not to drink too much of it.


Studies have shown that the cheaper the wine, the less health value it has - and no, for the cynics among you, these studies weren't conducted by the wine industry!

Why is red wine better than white wine?

It's true that you're more likely to hear about the health benefits of red wine than you are about white wine. There's a good reason for this.

Alcohol is a pro-oxidant, meaning it creates an environment where free radicals can thrive. Red wine contains many more antioxidants and polyphenols than white wine, so it's better able to counteract these harmful effects.

Some red wines have more antioxidants than others, too. It's thought that the darker the wine, the greater its antioxidant properties.

Cabernet sauvignon has performed best in tests, while you'll also get plenty of antioxidants from merlot, pinot noir, zinfandel and syrah grapes.

So, what's the safest amount to drink?

The government's health guidelines tell you how much alcohol it's safe to drink on a weekly basis. Its 2016 update included a limit of 14 units per week for both men and women.

That's the equivalent of seven 175ml glasses of red wine. If you're drinking a large 250ml glass, bear in mind that these contain three units.

The reason this limit has been chosen is because it's the point where the risk of damage to your health increases by 1%. The government has decided this is an acceptable level of risk, equivalent to the danger involved in everyday tasks, such as driving to work.

It's important to remember that 14 units is the limit, not the target. You're under no obligation to reach 14 units a week, you're simply advised not to go above this.

It's recommended that you spread these units across the week, rather than knocking them back in one go. Drinking a glass with dinner is the best option, as it can actually help to reduce the spike in your blood sugar levels and protect your body from damage.

However, the reality is that most of us will likely drink more in social situations, particularly at the weekend. If you know you have a night out planned, it's best to leave the wine alone for the rest of the week.

Get more diet and nutrition advice 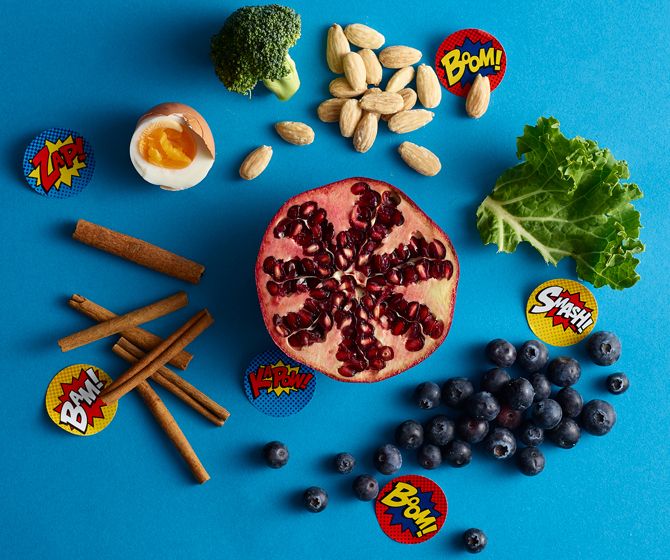