Is coconut oil good for you?

Coconut oil has been knocking the past-favourites of the kitchen cupboard - olive oil and vegetable oils - out in recent years.

The oil - that, before heated, has a much more solid consistency than typical oils - has grown in popularity due to it's supposed health benefits, and versatility.

But are any of the health benefits of coconut oil evidence based? I look into the health claims - and the science behind them.

Find out more about:

What is coconut oil?

Coconut oil for cooking - what are the health benefits?

Coconut oil for skin and hair

What is coconut oil?

Coconut oil - sourced from the white 'meat' of a coconut - is a versatile fatty oil used predominantly for cooking, but also for cosmetic purposes.

There has been a lot of debate as to whether it's good for us or not - largely due the fact it's high in saturated fat, which is usually something doctors and nutritionists advise to avoid.

There's a lot of pros and cons to using coconut oil to other unsaturated fat oils, like olive oil or soybean oil. So I've looked into the evidence-based health benefits (or myths!) of introducing coconut oil to your diet and lifestyle.

Coconut oil for cooking - what are the health benefits?

There's a lot of speculation around the benefits of coconut oil when considering cholesterol.

Whilst there has been some studies that suggest coconut oil raises 'good' HDL cholesterol enough to counteract any small raise in 'bad' LDL cholesterol, research around this isn't extensive. HDL cholesterol levels are thought to rise when coconut oil is consumed thanks to the presence of lauric acid in the fatty acids it contains.

And, whilst some would advise to avoid coconut oil due to its high saturated fat content, it's important to remember that mono and polyunsaturated fats are needed as part of our daily fat intake.

However, if you have an existing heart condition or very high cholesterol, a more suitable choice would be extra virgin olive oil which contains monounsaturated fats, and a lot less saturated fat than coconut oil.

Coconut oil contains a type of fat called medium chain triglycerides (MCTs). MCTs are processed differently than other fats within the body - they're easily to digest, and are converted directly into energy rather than stored as fat.
MCTs are also thought to reduce your appetite - one study showed that having higher amounts of MCT-containing food at breakfast time led to a decrease calorie intake at lunch time.

studies suggest that for this to be true of coconut oil, it would need to be made up of closer to 100% MCTs (compared to its approximately 62%).

However, as always, remember that portion size must be considered. 1 gram of fat equals 9 kcals, so by using coconut oil as part of a healthy 'calorie deficit' strategy you could see effective weight-loss results.

Almost half of the fatty acids that make up coconut oil are lauric acid.

The acid - and the substance created upon its digestion, monolaurin - protects the body against certain types of bacteria, viruses and fungi. This includes common yeast infections, meaning adding a spoonful to your next meal could help you stay infection-free.

Coconut oil has been linked to alleviating Alzheimer's disease symptoms

This is a claim in its very early days - and one that isn't supported by much, if any, solid evidence.

Studies have shown that some of the components of virgin coconut oil - like MCTs and ketones - can provide an alternative energy source to the brain and improve brain function, respectively.
It's important to note that this evidence isn't directly related to coconut oil itself though, and lots of research is still to be done to prove these health benefits (and whether the other potential side effects are safe).

Coconut oil for skin and hair

Coconut oil can provide relief from the symptoms of eczema for a number of reasons.

Firstly, the oil - when applied to the skin - ensures the skin retains its moisture and prevents it from drying out, causing dry patches, so easily.

Once eczema is present, coconut oil can also prevent the problem from getting worse thank to its anti-bacterial and anti-inflammatory properties. As discussed above, lauric acids help the body fight off the risk of infection (which can be high due to the itching eczema causes).

One study also found that coconut oil's anti-inflammatory properties also helped to relieve discomfort caused by the onset of eczema.

Coconut oil can help get rid of acne

Acne is caused by bacteria gathering around hair follicles - due to the sebaceous gland releasing the oily, pore-filling sebum. This bacteria causes the inflammation that leads to acne.

Coconut oil's lauric acid helps to fight off this acne-causing bacteria whilst the oil simultaneously moisturises the skin to help prevent scarring.

If your skin is particularly oily though, be aware the coconut oil could add to the problem by clogging up your pores. This should only be used as an at-home remedy if your skin is ache-prone due to reasons not relating to oily skin (like hormones or diet, for example).

Summer holidays and heatwaves can mean our hair suffers, drying out easily - and if we already suffer with hair-related problems, this isn't ideal.

The good news is that coconut seems to be an effective treatment in blocking out some of the sun's harmful UV rays. This is thanks - again - to lauric acid, making the oil ale to penetrate the hair and retain it's important protein. What Does Spicy Food Do To Your Body? 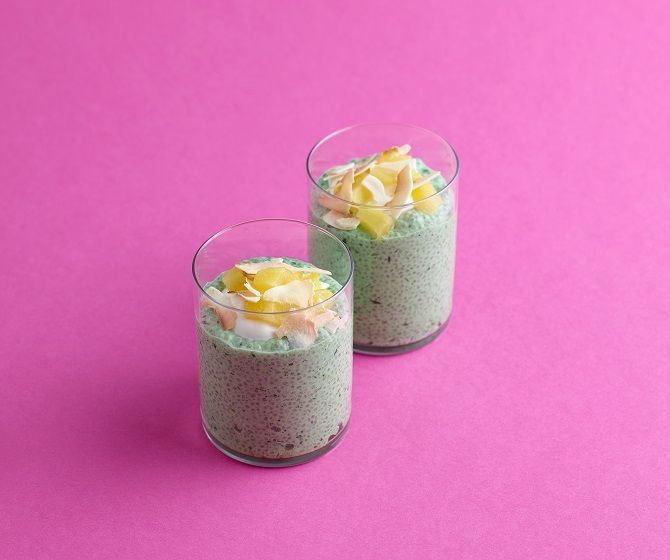