Are multivitamins worth it, or are you just paying for expensive pee?

Making sure you're getting all the nutrition you need can be a struggle and taking vitamin and mineral supplements can seem like the perfect top-up solution for those of us who don't have the time, or inclination, to eat enough fruit and veg.

But do these popular pills really pack a punch when it comes to promoting well-being, or are you literally flushing money down the drain?

In this guide, we'll find out whether or not multivitamins work.

How Multivitamins (Are Supposed To) Work

Your body needs certain levels of vitamins and minerals to work properly. If you're eating a healthy, balanced diet you should be getting enough of these, but those who feel they don't receive enough from the food they eat often turn to supplements as a top-up.

Vitamins are split into two groups fat-soluble and water-soluble. Unsurprisingly, you can find fat-soluble vitamins like A,D,E and K in fatty foods and animal products, like liver, fish and dairy products.

Your body needs these to function, but you don't necessarily have to eat them all the time since they're stored in fatty tissues to be used as and when they're needed.

Water-soluble vitamins, like C, B and folic acid, aren't stored in the body and need to be topped up frequently to maintain healthy levels. However, you can only absorb so much and any that your body can't use are passed out of the body when you urinate.

Minerals include things like calcium, potassium and iron and are vital in helping to strengthen your bones and teeth, controlling fluids and converting the foot you eat into energy.

Your body also needs trace elements of stuff like fluoride and iodine, although in much smaller quantities than vitamins and minerals.

Not getting enough vitamins and minerals can lead to a range of problems, which are often specific to the type of nutrition you're not getting.

There's a massive range of issues that can occur, but some of the most common include:

Increased susceptibility to mental health issues like depression and dementia

So while it's clear that not getting enough vitamins is bad for your health, the big question is whether using supplements can help you fend of health problems and even live longer.

What the Science Says

In short, the current consensus among scientists is that if you're eating a well-balanced diet, you probably don't need vitamin supplements (with the possible exception of vitamin D).

Research published in the Annals of Internal Medicine demonstrated no significant differences in the effects of multivitamin supplements on reducing heart attacks, strokes or death among those who had previously suffered a heart attack.

A further study found no difference in how well participants taking multivitamins performed on cognitive tests versus those taking a placebo.

A thorough study, which involved thousands of men being tracked for more than a decade, half of which took a placebo and the other half a daily multivitamin, found no effect on heart attacks, strokes and risk of death. However, multivitamins were found to have some slight protective effects in men who had a history of cancer.

And in the most wide-ranging study to date, which reviewed evidence from 26 pieces of research - both randomised, controlled trials and observational studies - found no consistent evidence that multivitamins had any effect on heart problems, cancer and mortality rates.

You'd think the above studies would put the issue to rest, but they all fail to take into account whether or not the participants already had a nutritional deficiency.

One of the biggest difficulties when studying nutrition, and particularly the effects of things like multivitamins over a long time, is limiting other factors that may influence the results.

In an ideal, but somewhat unethical, world the perfect study would be able to control the diets of participants, as well as lifestyle factors like smoking and exercise and eliminate those with a family history of conditions that might influence the findings.

But, since scientists can't control these variables, they've had to muddle through as best they can and be honest about the shortcomings of their studies. While the issues are discussed at length in this Future Medicine article, to summarise:

So are multivitamins helpful if you're not getting enough nutrition from your diet? The answer is 'maybe' but you also might just be paying to have expensive pee.

In general, you'd be better off investing in a proven source of nutrition fruit and vegetables particularly leafy greens.

But even if it's not clear if multivitamins are effective, surely there's no harm in taking them?

Once again, due to the lack of definitive studies in this area, there's no clear agreement on this front.

For instance, one meta-analysis of 26 multivitamin-related studies suggested that there was no harm in taking vitamin supplements and there might be some benefits in protecting men from the development of cancer.

Whereas a review of dietary supplements found that common multivitamins might be related to a higher risk of death in older women.

Although it's not entirely clear, the fact that at best they have no measurable benefits and at worst may be harmful, would suggest that you'd be better off using the money you would've spent on vitamins buying more fruit and veg.

The human body is a complex thing and the digestive process is one of its most complicated elements. While condensing the nutrients we take from foods into pill form might make sense in theory, when it comes to practice, things don't work out as planned.

It's currently thought that we absorb nutrients better in their original form than distilling them into synthetic supplements. This could be due to the 'package' the nutrients are delivered in (i.e. the food within which they're contained) aiding the process of absorption.

For instance, the fibre found in many types of fruit and vegetables takes longer for you to digest than a pill providing more time for your body to absorb the nutrients within.

The evidence speaks pretty clearly multivitamins are ineffective at best and harmful at worst, unless you're already experiencing a deficiency.

But if you're still unconvinced, or have something to share on the topic be sure to leave us a comment below or get in touch via Facebookor Twitter. We always love to hear from you. 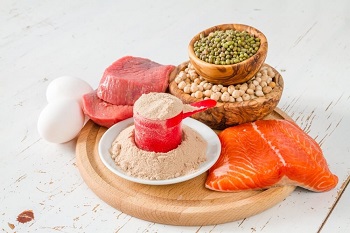