Can the Paleo diet help you lose weight or is eating like a caveman just another fad?

The idea that the evils of the modern world are responsible for most of our health problems is a popular one. Returning to a more 'natural' way of living and eating has long been touted as a way to deal with a wide range of issues from cancer to obesity.

And dieters have been quick to jump on this bandwagon, suggesting that taking a more natural approach to what you eat can be a silver bullet when it comes to weight loss.

Few have been more vocal than promoters of the 'paleo' diet, who claim the key to shedding the pounds and keeping them off lies in mimicking what early humans ate. In this guide, we'll take a look at the evidence and get to the bottom of whether eating like a caveman really can lead to long-term weight loss.

Unlike other popular diets, like Atkins for example, there's no set plan for how the paleo (short for 'Palaeolithic') diet should work. However, it's generally based around the idea that we should eat in the same way as our ancient ancestors.

As such, it focuses on only consuming foods thought to be available to our stone-age predecessors, like fruit, nuts and lean meat while steering clear of stuff like dairy, grains and sugar.

The idea of eating like our cave-dwelling forerunners was first proposed by gastroenterologist Walter Vogtlin in the 1980s and has seen a wide variety of interpretations since then.

As mentioned, how this is carried out in practice can differ, but in general, it revolves around shying away from processed foods, as well as the things our ancestors started eating when they switched from a hunter-gatherer lifestyle and started farming and keeping livestock.

It's an appealing concept, which suggests humans are genetically conditioned to feasting on foods that were on our proverbial doorstep as we developed as a species. It also claims that the rapid changes in our diet and lifestyle since the Palaeolithic period are to blame for many of the chronic and degenerative conditions that are rampant in modern, western civilisation.

The paleo diet has certainly proved popular, with a whole subculture springing up around the movement. However, it's been the subject of much debate in scientific circles from nutritionists and dieticians to evolutionary biologists.

Getting Off On the Wrong Foot

While the theory of reverting to a more 'natural' diet may seem attractive, there's little agreement on exactly what our ancestors' diet was made up of. This is largely due to the fact that what hunter-gatherers ate seems to differ, depending on where they were in the world.

This is backed up by looking at the diets of people living this way currently. For example, Inuits incorporate a great deal of meat and fish into their meals, while the !Kung people of southern Africa tend to eat a bigger proportion of seeds and nuts.

Another nail in the coffin for Paleo proponents is that one of the things that has made humans so successful as a species is their ability to adapt their diets to survive off a wide array of foods.

In a Scientific American article from 2002, anthropologist William Leonard said:

We now know that humans have evolved not to subsist on a single, Paleolithic diet but to be flexible eaters, an insight that has important implications for the current debate over what people today should eat in order to be healthy.

He went on to claim that trying to eliminate 'bad' modern foods in favour of copying an idealised historical diet was a fundamentally flawed approach to nutrition.

There's also evidence that humans have been eating the grains and tubers for potentially hundreds of thousands of years going some way towards rubbishing paleo practitioners' claims that these should be abstained from.

So what does the science say about paleo's effectiveness when it comes to weight loss? Obviously, we can't cover every study carried out to date, but the below should give you a good flavour for the lie of the land.

A somewhat limited, three-week study on the paleo diet found a decrease in weight, BMI and waist circumference among participants.

Another short-term study found some favourable effects, including a small decrease in weight and waist circumference.

When compared with the Nordic Nutrition Recommendations (dietary recommendations based on the foods traditionally consumed in Nordic countries), 70 obese, post-menopausal women saw somewhat improved outcomes in terms of weight loss after 12 months.

A 2009 study put nine healthy volunteers on a 'Palaeolithic-type' (and calorie-controlled) diet for ten days and found significant reductions in cholesterol and blood pressure.

It's worth noting that the above studies were severely limited in the timeframes they covered, the number of participants and the type of people studied (for example, many had pre-existing conditions that may have affected results).

Fitness researcher and author Alan Ragon also took issue with the comparisons in this research, noting that in most cases, they weren't like-for-like in terms of the amount of carbs and calories consumed.

In a small, but rigorous, study 19 obese adults were confined to a metabolic ward and the Paleo diet was compared with a low-fat regime. While both groups lost weight, the paleo group lost less fat.

Refuting paleo claims that insulin is 'the root of all evil' when it comes to dieting, a 1997 study found that when compared to fruit, oatmeal and pasta, beef and fish caused a much larger insulin spike comparable to that of pure sugar.

A 2018 study put participants on a paleo diet alongside a regime of cross-fit, high intensity circuit exercise. After ten weeks of workouts and weight loss LDL cholesterol (low density lipoprotein the 'bad' kind of cholesterol that's a risk factor in heart disease) still went up, particularly among those who started out the healthiest.

The study's authors noted that the diet's detrimental effect on LDL was not only significant, but was substantial enough to negate the benefits in this area usually seen with exercise. However, they did concede that Paleo did have benefits in terms of making practitioners feel fuller.

A rigorous double-blind, randomised and controlled trial from 2015 found Paleo to be more filling when compared with a diet plan based on World Health Organisation dietary recommendations, but discovered little change in glucose and insulin which goes some way to refuting some of the key claims of Paleo proponents.

The British Dietitians Association warned that while cutting down on processed foods, sugar and salt was a good idea cutting out dairy without very careful substitution could compromise bone health.

[Paleo is] an unbalanced, time consuming, socially isolating diet, which this could easily be, is a sure-fire way to develop nutrient deficiencies, which can compromise health and your relationship with food, it said.

In its review of the available evidence on the Paleo diet to date, the Royal Australian College of General Practitioners noted that supporting evidence should be taken with a grain of salt.

Positive findings should be tempered by the lack of power of these studies, which were limited by their small numbers, heterogeneity and short duration. The Palaeolithic diet is currently over-hyped and under-researched. While the claims made by its celebrity proponents are not supported by current evidence, it said.

Paleo was also ranked among the worst diets to try in the US News/World Report in 2015, being blasted for a lack of supporting evidence and being especially hard to follow.

So what's the verdict on paleo? Since virtually all major nutritional authorities are against it, we'd suggest it's got 'fad' written all over it.

Cutting out entire food groups based on a theory isn't just ineffective, it's potentially dangerous with the potential to lead to dangerous nutritional deficiencies, which can result in knock-on health problems.

Any diet that harshly restricts entire food groups tends to result in dramatic weight loss, very quickly. However, they also typically suffer from high rebound rates and dropouts from people who find they can't put up with policing their diet to that extent or dealing with the relatively high cost.

And those that drop out tend to put back the weight they lost, plus a little more on top, when they revert to their regular diets.

Sadly, it seems, the only sure-fire way to lose weight and keep it off is still by eating better, exercising more and making healthy, sustainable lifestyle improvements. Not exciting, we know, but it's hard to argue with guaranteed results.

What're your thoughts on the paleo diet? We always want to hear what you have to think so leave us a comment below or give us a shout on Twitter, or Facebook.

If you're tired of fasting and fad diets and are looking for genuine advice we can help. Our doctors can provide safe, sustainable advice on nutrition that'll help you to lose weight and keep it off in the long-term.

Simply hit the button below to talk to a UK GP right now:

Raw Food Diet - Can it help you lose weight? 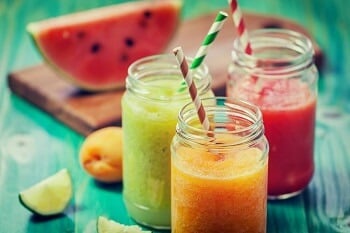 Can a smoothie diet help you lose weight?