Staying Sharp: How to Look After Your Brain

Looking after your brain now could provide a real mental boost when you reach old age. Find out how.

Loss of mental abilities such as memory, reasoning, language and attention span is a part of ageing that we don't really like to talk about. That's understandable. It's not a particularly pleasant thought and we're often told that it's an inevitable sign of getting older.

However, this doesn't have to be the case.

Studies have increasingly shown that staying mentally stimulated throughout your life will help to keep your mind sharp once you reach old age. There's no time like the present, so let's take a look at what you can do right now to look after your future self.

Research by the Alzheimer's Association has shown a link between lower education and an increased risk of dementia. Of course, that doesn't mean you need a university degree to guarantee good mental health.

What it does mean is that taking a proactive approach to learning new things is a great way to exercise your brain, and the good news is that it's something you have full control over.

The Knowledge', which requires drivers to learn 320 routes, 25,000 streets and 20,000 landmarks. It's a task that would terrify many, but it's one that all London taxi drivers must complete in order to be fully certified.

In 2011, scientists at University College London tested the brains of taxi drivers both before and after they achieved The Knowledge - which, by the way, takes between two and four years to complete!

They found that the effort involved in memorising the streets of London saw drivers increase the size of their posterior hippocampus, the area of the brain associated with memory.

For the sake of the balance, we should point out that Knowledge-certified taxi drivers did score less highly in memory tests that weren't about London landmarks. However, the study proves that if you really set your mind to something, the human brain is capable of achieving remarkable mental feats well into adulthood.

A generally healthy lifestyle is good for your whole body, and your brain is no exception. None of the advice here will surprise you:

Smoking affects the membrane around your cerebral cortex, the part of your brain responsible for factors such as memory and attention span. Giving up cigarettes at any point in your life can help reverse the negative impact here.

Your brain requires a range of nutrients to function at its best.

In addition to benefiting your overall health, exercise is good for your brain.

Increasing your heart rate means your brain gets more oxygen, which in turn provides a better environment for your brain cells to continue growing.

High blood pressure can cause severe long-term damage to the brain.

It can weaken the blood vessels and cause blood clots to form, both of which could cause a stroke.

When it comes to learning, we usually fall back on sight, sound and touch to grasp new concepts. However, by keeping all of your senses active, you provide a workout for different areas of your brain and you might find you'll be able to master more than you thought.

The researchers saw that participants' piriform cortex (the area of the brain associated with identifying smells) was activated by the task, suggesting that they were able to identify images by remembering the smells they'd been associated with before.

If you're finding it hard to remember things, consider how much you actually need to remember.

Keeping a calendar means you don't need to store all this info in your head and worry about it getting lost in the crowd. It just needs to be somewhere you can see, or on a mobile device that'll alert you in plenty of time.

Alternatively, you can copy Sherlock and build your very own 'mind palace'.

The point is that we all remember things differently, whether you're the World's Greatest Detective or just trying to keep track of all your family's birthdays. Whichever strategy you find the easiest, that's the one you should stick with.

When Do Our Brains Start to Decline?

While not every memory lapse is a reason to panic, the idea that these are issues that only affect people over 65 has long since been shattered by science.

2012 study conducted at University College London, it's earlier than you might think. The researchers looked at 7,000 people who worked as civil servants between 1997 and 2007. Each of them was given a series of mental tests at the beginning and end of the study.

They found that brain function among those who were aged between 45 and 49 when the test started declined by an average of 3.6 per cent. Their conclusion was that this age bracket is where you're likely to start experiencing the odd so-called â€˜senior moment'.

Of course, this is far from the only research into this question. One particularly downbeat study conducted at the University of Virginia in 2009 suggested that our cognitive skills start going downhill from as young as 27!

Studies have shown that the symptoms of dementia-related illnesses can have an â€˜early onset' in people who are still in their 40s and 50s, while you're more likely to experience these problems if you have a family history of dementia.

Talking to a doctor can give you the peace of mind you need about your mental health, as well as providing you with the plan of action you need to keep your mind sharp. 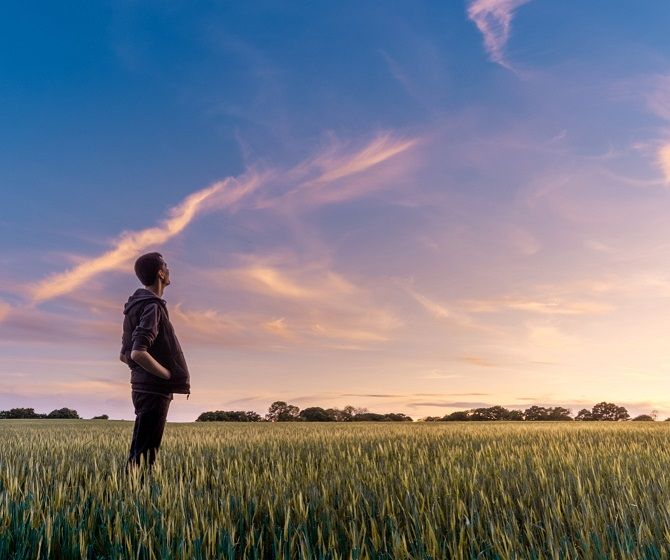 How to manage your mind: A doctor's guide