They'll be there for you, when the rain starts to fall. That's right, we want to talk about friends. Specifically, we want to show you how your BFFs can actually have a positive impact on your health.

As our doctors will tell you, having that strong support network can be important at both good times and bad. We're not just being soppy either. There's actual science behind this, as you're about to find out.

Your friends can be better for you than your family

Okay, this one sounds a bit controversial, but bear with us. Research from Michigan State University in April 2017 suggested that people can get more from their friendships than their family ties, both mentally and physically.

The study conducted two separate surveys across a variety of age groups and nationalities. Researchers found that friendships are simply more likely to influence your mood than family.

People who reported enjoyable friendships were less likely to develop serious illnesses later in life than those who described their friendships as 'stressful'. In contrast, family relationships didn't seem to make a difference one way or the other.

The theory is that we have more control over our friendships than our family. If you find one of your friends annoying, you can see less of them and eventually phase them out. On the other hand, it's a little harder to avoid that irritating relative who turns up to all the same family gatherings as you.

We're also more likely to get stuck in a routine with our families. As much as we love them, this can be less mentally stimulating than the spontaneity of going out with friends.

Your friends can extend your life

A 2010 study of over 308,000 people found that having an active social life was twice as effective at prolonging life than exercise.

Now, obviously we're not suggesting you should stop going to the gym and spend all day in the pub with your friends. That has obvious health drawbacks.

The point of this study is to highlight that reducing stress is also important for your physical health, and friends can play a key part in this. If you're stressed all the time, this can have a negative impact on areas such as your heart and blood pressure, which puts your long-term health at risk.

If you've had a stressful day, you'll get rid of that tension much faster by meeting up with friends than you would if you kept it to yourself.

Your friends make you happier than money

A 2016 report from the London School of Economics suggested that people's happiness was more closely linked to their relationships than the size of their wallet.

Their findings suggested that people were no happier today than they were 50 years ago, despite a big increase in wages over that time. They concluded that money had little effect on overall life satisfaction.

If money isn't making us happy, the counter argument is that our friends and relationships play a key role in helping us manage stress and enjoy our lives. The researchers claimed that when it comes to improving the nation's mood, a greater focus on treating mental health issues would be four times more effective than putting all our efforts into tackling poverty.

Your friends are good for your long-term mental health

Loneliness can increase your risk of dementia and increase your chance of an early death by as much as 30%. Spending time with friends can help you avoid this fate.

A 2012 study in the Netherlands focused on 2,000 people aged over 65. The subjects shared whether or not they felt lonely. Researchers visited them again three years later and found that those who had reported feeling lonely at the start of the study were twice as likely to have developed dementia as those who were happy with their social life.

Crucially, it's feeling alone rather than being alone that's the factor here. That means you should take a 'quality not quantity' approach to your friends. It's possible to be part of a large social circle and still feel lonely.

As the saying goes, a problem shared is a problem halved. It turns out that your friends are the best people to talk to about your issues.

You might wonder why your family isn't top of this list. Well, if you're worried about your finances, job or health, you may not want to burden them with your concerns.

Of course, it could also be that your family is the problem. For example, you may have relationship issues with your spouse and need someone to talk to about it.

We all know that keeping these feelings bottled up is not good for your mental state. A trusted friend can be very valuable in these situations.

Your friends can give you healthy habits

Many of us find it easier to start good habits like jogging or dieting if we have a friend to help us along, or even compete with us. The support of a friend can mean the difference between success and failure in your latest attempt to improve your health.

As you might already have worked out, this can also have the opposite effect. It's important to surround yourselves with friends who have the same approach to healthy habits as you.

Having just one person in your circle of friends who starts a good or bad habit can influence the whole group. Choose your friends wisely!

Your friends are natural painkillers

If you're in pain, you normally take a painkiller. However, a study conducted by researchers at Oxford University in 2016 found that talking to friends could also be used to reduce pain. Their findings showed that people with a large social circle had a higher pain tolerance than those with fewer friends, or less fulfilling relationships.

The happiness we get from spending time with good friends causes your brain to release endorphins. According to the authors of this report, this could have a greater painkilling effect than morphine.

Refer a friend to Push Doctor

So, now you know what your friends can do for you. You probably want to thank them, right?

When you sign up to Push Doctor, we give you a unique code that you can share with your friends. Like you, they'll be able to get an appointment with an experienced GP while they'll also get money off their first appointment. 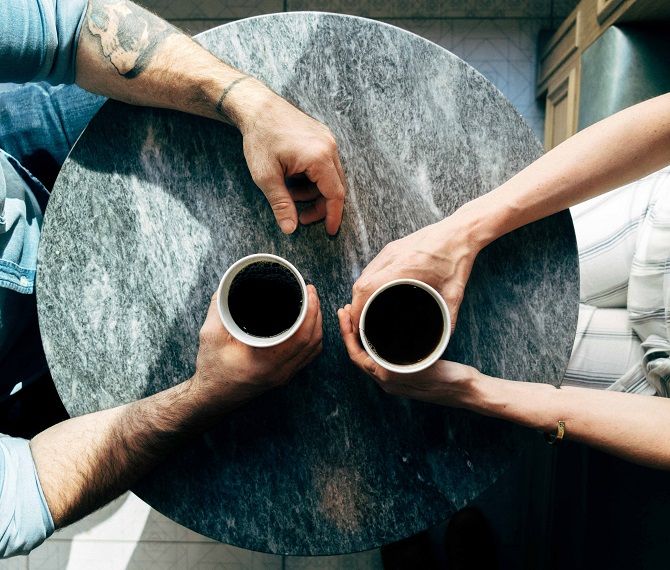 Mental Health: Speak out and see the difference

How to Sleep Well & Conquer Stress with Dr Punam Krishan