Learn about Mental health issues, how to cope and what you can do to improve. 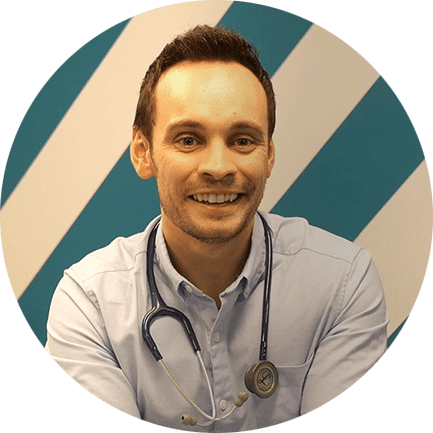 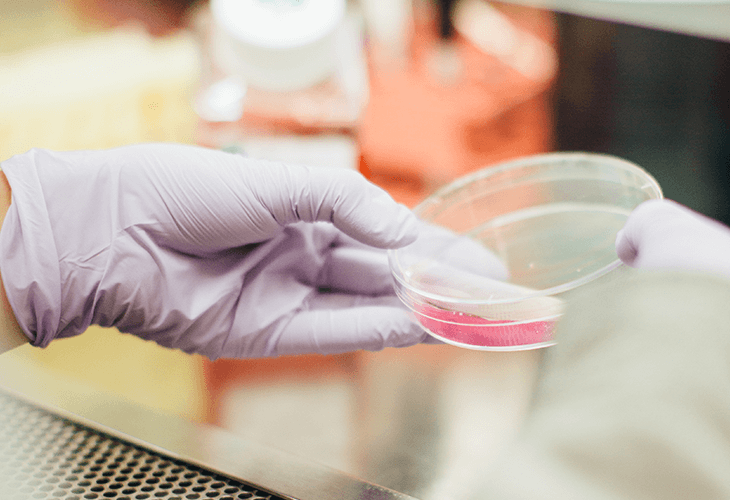 It is hardly surprising to hear that medical research is being published daily, from all over the world. Today marks the beginning of British Science Week however, giving us a prime opportunity to highlight developments in British medical research from the past year, in no particular order.

1. Gene therapy in Oxford could halt the development of blindness

Janet Osbourne of Oxford became the first person in the world to undergo gene therapy targeting the underlying genetic cause of age-related macular degeneration (AMD). The procedure was carried out at Oxford Eye Hospital in February 2019, by Professor Robert MacLaren from the University of Oxford.

Osbourne described her symptoms thusly to the BBC: “I find it difficult to recognise faces with my left eye because my central vision is blurred – and if this treatment could stop that getting worse, it would be amazing”. This description lines up exactly with how AMD typically manifests itself – at first affecting the middle part of the vision in one or both eyes, making reading and recognising faces harder than usual, before gradually deteriorating over years, months, or even weeks.

Speaking to BBC News, Professor MacLaren commented: “...genetic treatment administered early on to preserve vision in patients who would otherwise lose their sight would be a tremendous breakthrough in ophthalmology and certainly something I hope to see in the near future.”

AMD is believed to result from a genetic defect causing the immune system to attack normal, health photoreceptor cells. Gene therapy addresses this, with an injection into the back of the eye providing the eye with a harmless virus carrying a synthetic gene, manufactured by Gyroscope Therapeutics in Stevenage. With this gene in place, the eye starts to deliver the DNA into the eye’s retinal cells, triggering the synthesis of a protein intended to stop the defective immune system from attacking photoreceptor cells.

This is the theory, at least. Janet Osbourne is the first of ten patients to receive gene therapy treatment for AMD, with her vision and the vision of the remaining nine participants being monitored closely after the therapy has been administered. Only time will tell if gene therapy is effective in this context, but the fact that the world first procedure has been carried out in Oxford is noteworthy in and of itself.

2. Closing the book on how effective antidepressants are in Oxford

Depression is estimated to affect 350 million people around the world. It is a mental health concern that represents a “substantial challenge” for health systems in developing and developed countries alike (Cipriani et al., 2018). Antidepressants are the most widely used treatments for depressive disorders, and there has traditionally been a debate in the scientific community about just how useful they are as a treatment option. While the short-term benefits are, according to Cipriani et al., “on average, modest”, the long-term benefits and harms are “understudied”.

With this in mind, Dr Andrea Cipriani from the University of Oxford, in collaboration with 17 other scientists from various institutions, analysed the findings from 522 studies looking into the efficacy of antidepressants. These studies involved, in total, 116,477 people – all of whom were randomly assigned to 21 individual antidepressant drugs, or a placebo. Their findings were simple, stating that “all antidepressants included in the [study] were more efficacious than [placebos]”.

A simple finding, but a powerful one. Cipriani et al. conclude that this study represents the “most comprehensive currently available evidence base to guide the initial choice about pharmacological treatment for acute major depressive disorder”. The impact of this finding cannot be overstated. It is a landmark finding that finally lays to rest the debate for how effective antidepressants are, meaning we can move forward confidently, safe in the knowledge that the antidepressants at our disposal are some of the most effective first line treatment options to benefit the lives for millions suffering with depressive disorders worldwide. 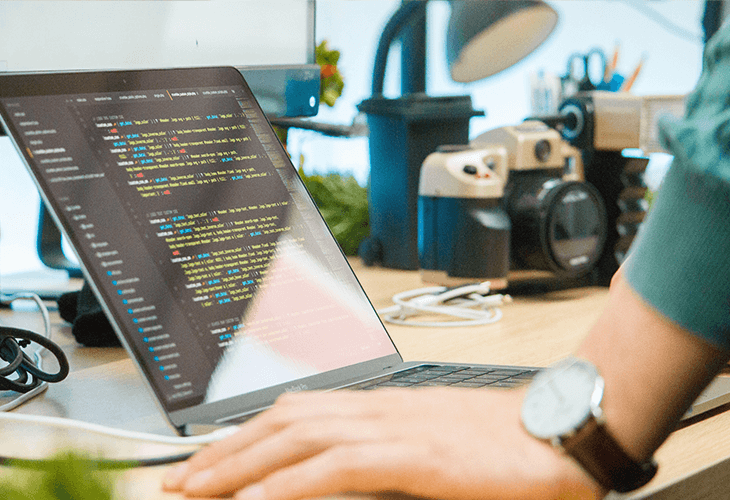 3. Predicting cancer growth with AI in London and Edinburgh

One of the biggest challenges in the identification and treatment of tumours is the fact that they change over time. What, at first seems benign or even malignant, can become metastatic and even develop treatment resistance. The question posed by Caravagna et al. in their 2017 study, therefore, was “can we predict a cancer’s next evolutionary ‘step’?”. With the aid of artificial intelligence (AI), we just might.

Enter REVOLVER – the study’s shorthand for the identification of repeated evolution using transfer learning. The specifics of exactly how the AI used in the study works are freely available, so we won’t get into them here. Put simply, where Caravagna et al.’s approach differs is in the combination of machine learning with the very latest knowledge of tumour biology and evolution – using the two to detect the hidden signal that generally predicts the evolution of a tumour.

The technique, pioneered by the Institute of Cancer Research in London, alongside the University of Edinburgh, could theoretically predict cancer growth before it actually happens – enabling an approach to treatment that is proactive, not reactive in the near future.

Speaking to the BBC, Dr Andrea Sottoriva of the Institute of Cancer Research said: “With this tool we hope to remove one of cancer’s trump cards – the fact that it evolves unpredictably, without us knowing what is going to happen next”. Building on an already solid foundation of 768 tumour samples from 178 patients, as more and more samples are added, the AI will only become even more reliable as a predictor. We will have to wait and see.

There are 123,000 cases of sepsis in England alone each year, and 36,800 associated deaths according to NHS statistics. Sepsis now causes more deaths annually than lung cancer, which the NHS note to be the second biggest killer after cardiovascular disease. Incidence of sepsis is believed to be rising even beyond this point, however, with sepsis hospital admissions in America doubling over the last 10 years.

Sepsis, otherwise known as blood poisoning, occurs when the immune system overreacts to an infection or injury, according to The UK Sepsis Trust. The theory goes that as more and more people live longer, undergoing more medical and surgical procedures through their lifetimes, the risk of sepsis rises ever higher – potentially becoming even more prevalent than it is already.

Russell et al. (2019) write that when it comes to the diagnosis of sepsis, “there is a reliance on clinical judgement and standard laboratory techniques to diagnose sepsis” – which isn’t a problem in itself, until you see how long it takes to analyse a sample. The study references a range of time delays to analyse samples of 12-72 hours, pointing to Marik’s (2014) finding that every additional hour delaying the diagnosis of sepsis “results in a 6-10 increase in the chance of death”.

It is no wonder, therefore, that researchers sought to speed this up. Researchers at the University of Strathclyde used microfabrication to produce a series of needle shaped microelectrode sensors, using electrochemical impedance spectroscopy and differential pulse voltammetery to detect interleukin-6 (IL-6), a protein involved in the immune response to infection.

The type of test these tools allows is, as Dr Damion Corrigan of the University of Strathclyde describes, one that “could be [carried out] at the bedside, [involving] doctors or nurses being able to monitor levels of sepsis biomarkers for themselves” without needing to send tissue samples to other departments, or third parties.

The test could come into everyday usages within 3-5 years. Dr David Alcorn from Royal Alexandra Hospital comments: “The implications for this are massive, and the ability go give the right antibiotic at the right time to the right patient is extraordinary”.

There were 13,717 cases of Clostridium difficile (also known as C. difficile, or even C. diff) in the UK through 2018, according to Public Health England. The BBC wrote that C. difficile has become “a major problem in hospitals around the world”, causing “thousands of deaths in the US alone”.

C. difficile most commonly affects people who have been treated with antibiotics, or people that have had sustained stays in healthcare settings. Once infected, typical symptoms involved diarrhoea, nausea, fever, loss of appetite, stomach pain, and in some cases, signs of dehydration.

A new antibacterial agent MGB-BP-3, invented by the University of Strathclyde, has “the potential to kill Clostridium difficile within the first 10 hours of contact” according to MGB Biopharma. If typical courses of treatment for C. difficile take 10-14 days, this is a huge improvement – one that MGB argue “should become first line treatment”.

Of course, like any drug, MGB-BP-3 will be subject to rigorous clinical testing before it is introduced into hospitals throughout the UK. MGB-BP-3 completed a Phase I clinical trial in 201,6, and entered Phase II towards the end of 2018 with a series of trials taking place in areas of the US and Canada with particularly high rates of C. difficile. With time, we may well see a British-developed drug fundamentally transform our C. difficile treatment strategies.

6 mental health benefits of plants: Does Flower Power boost your mood?
What are the UK’s 10 most common phobias?
How can you hear your own voice inside your head?
How Friendship Affects Your Health: Stress, Sharing & Good Habits
5 Recent Breakthroughs in British Medical Research