We all know how important it is to look after your mental health. Here are four ways to improve your mood with methods you might not have thought of before.

In recent years, mental health issues have thankfully gained the recognition they deserve. It's thought that around one in four people in the UK will experience a problem related to mental health each year.

While the most frequently prescribed, and successful, treatments are a combination of talking therapy and specialist medication, scientists have also investigated a range of other ways to treat mental health issues - with varying degrees of success.

In this guide, we'll take a look at some of the mental health treatments you might not have thought about and find out how effective they've been in tackling mental health issues.

While it might be hard to believe that going for a run might drag you out of depression, exercise is frequently advised for those suffering from psychological issues.

Exercise prompts your brain to produce endorphins - chemicals that lessen the perception of pain and act on receptors in a similar way to morphine. While the jury is still out on the best types of exercise to combat mental health issues, there's good evidence that at best, it can be as powerful as certain types of medication.

A 2007 study found that a regime of exercise produced comparable results to antidepressants in the treatment of depression and a follow-up with participants three years later found it could also be helpful in preventing a relapse.

However, a 2013 analysis of a wide range of studies found that while exercise could offer moderate benefits in tackling the symptoms of depression, researchers were unable to determine which exercises worked best or whether the benefits continued after patients had stopped exercising.

The researchers warned that the effect on depression was small and that further trials were needed to understand how useful exercise can be in the treatment of mental health issues.

It might seem counterproductive to listen to sad music if you're feeling low. However, it turns out this actually helps some people feel better.

A 2014 study from the Free University of Berlin concluded that there were beneficial emotional effects to be gained from sad or downbeat tracks. The research disproved the theory that people only feel misery when listening to these tunes, showing that a sad song caused an average of three emotions in participants, including relief and a sense of profound beauty.

Of course, it doesn't work for everyone. A 2016 study from researchers at Durham University and Finland's University of Jyvskyl found that while many people found solace in sad songs, a large number of people also associated sad music with painful experiences.

Like sad music, crying is usually associated with feelings of unhappiness, but it turns out this is actually another way of improving your mood.

A 2015 poll conducted by the mental health charity Mind found that one in five people had cried in the past week as a result of anxiety. Crying is often cathartic for people who are stressed or anxious, as it provides a release of pent-up emotions that would otherwise be keeping them on edge.

Mind's poll found that while women were three times more likely than men to have cried as a result of anxiety over the past week, they were actually twice as likely to feel better afterwards.

While the use of magnets in managing mental health isn't something you'll really find in mainstream UK healthcare, over in America it's had a fair bit of media attention.

As reported in Time Magazine back in 2014, scientists are working on a concept called transcranial magnetic stimulation (TMS), which involves attaching magnets to the patient's temples and uses electrical currents to stimulate areas of the brain linked to improving mood.

It's intended for people who don't respond to medication and is reportedly greatly reduces the risk of seizures associated with electroconvulsive therapy (ECT).

If all this sounds farfetched, it's a technique that was approved by the US government's Food and Drug Administration (FDA) as far as back as 2008, although they stated that it should only be used in cases where patients have not responded to at least one antidepressant.

It's certainly a growing area, but for now magnets are perhaps one for the future when it comes to treating mental health issues.

Talking to a doctor about mental health

Of course, if you're really struggling with a psychological problem, first and foremost the best thing you can do is speak to a doctor. Our GPs are available 7 days a week to talk confidentially and discreetly about any issue that's bothering you. 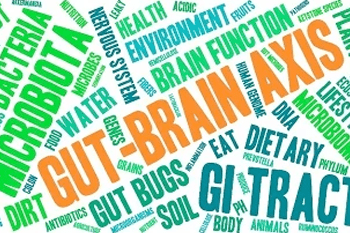 What’s the link between IBS and mental health?

7 reasons why baking is great for your mental health