IBS: Does the diagnosis mean the doctor doesn’t know what’s wrong with you?

Is IBS real or is it just a term used to describe a selection of symptoms? We've looked at how doctors reach a diagnosis.

Irritable Bowel Syndrome (IBS) is something of a mystery. The exact causes still aren't known and many of those newly-diagnosed with the condition are left feeling like they've been palmed off with their doctor not really sure what's caused their collection of symptoms.

So, is IBS a real condition or is it just a term used to describe a selection of symptoms? In this guide, we'll get to the bottom of this controversial issue.

Let's be clear at the outset, IBS is a recognised condition with a definable set of symptoms. However, as mentioned, the causes aren't clearly understood therefore there's no definitive test that can be done to diagnose it.

But, while it's still possible to get what's known as a 'positive' diagnosis, this is done by excluding other potential conditions that could be causing similar symptoms.

In many cases, doctors won't even resort to testing, since many of the digestive conditions that can produce the same effects as IBS will have characteristic signs that accompany them, such as blood in the stool or a high temperature.

Similarly, there's a number of red flags, which may prompt them to investigate other conditions before settling on a diagnosis of IBS, including:

While this may seem like something of a cop-out, it saves the patient from going through a battery of tests that aren't likely to find anything.

Although some may question the validity of the diagnosis, for the most part, this method tends to prove sufficient in determining whether someone has IBS. However, if you do have any of the warning signs that point to the possibility of a different condition, you may be referred for tests, such as:

Understandably, being slapped with a diagnosis of IBS after what can seem like barely any examination at all can be unsatisfactory when it comes to such a severe, life-impacting condition.

This is often aggravated by the fact that the condition can manifest itself differently from person to person. For instance, some foods and food groups (like dairy) can affect some more than others, but it's important to remember your IBS is as unique as you are and this doesn't necessarily mean you've been misdiagnosed.

Having said that, if you're not satisfied with the diagnosis or you try the usual range of IBS management techniques (like the FODMAP diet) and see no changes in your symptoms it can be well worth following up with a doctor to explore alternative avenues.

Since IBS is such a common condition (thought to affect around one in five people in the UK), it's possible that some clinicians do make too much of a knee-jerk diagnosis and if you feel like you've been fobbed off it's important to fight your corner and get referrals for testing to rule out other conditions. However, be prepared some of these can be highly invasive and unpleasant.

Scientists and medical researchers are still chipping away at the mystery of IBS and new research has shed light on potential causes for the condition and what actually causes the unpleasant symptoms associated with the disease.

They found that an hour after swallowing the substance, patients with IBS showed much more fluid in their small intestines than the control group.

Jorgen Valeur, one of the researchers involved in the study suggested this could point to two potential causes.

It's possible that their intestines secrete more fluid. But I'm more inclined to think their small intestines are less capable of emptying into the large intestine, he said.

We also saw signs of a type of disturbance in the motor function of the intestines. This could explain why there is a concentration of fluid in the small intestine.

Similarly, the research team considered whether the neurotransmitter serotonin could be contributing, or even causing the condition. They noted that previous studies had shown a lack of the chemical, which prompts movement in the digestive tract of IBS patients.

In a further development, last year, US Gastroenterologist Dr Mark Pimentel developed a unique blood test to detect when patients had developed IBS due to food poisoning, which is thought to alter the composition of the gut flora.

"Having an early diagnosis means patients can avoid years of invasive tests and visits to specialists that often leave them with more questions than answers," he said.

""With these new blood tests, many patients will now be able to proceed right to therapy for their condition.""

Australian researchers also recently made a breakthrough in identifying how IBS works. By using spider venom, they were able to identify a type of protein that's involved in the transmission of 'mechanical pain' - the kind experienced by IBS sufferers.

On the back of this study, they've looked to develop medication that can block this protein and provided much-sought relief from IBS pain.

And if you're looking for a second opinion on your IBS diagnosis, simply click here to speak to a doctor online right now.

If suspect you might have the condition, or have recently been diagnosed and are looking for further information speak to one of our doctors about your symptoms today. 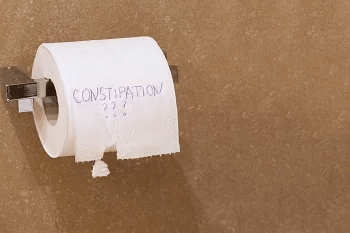 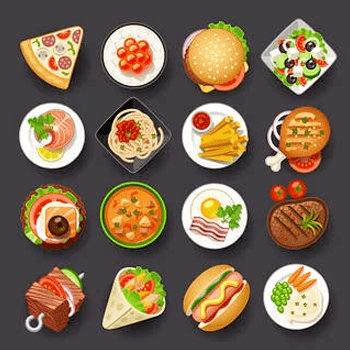 9 tips for when you’ve just been diagnosed with IBS