The Health Benefits of Physical Activity

Physical activity is any bodily movement produced by the skeletal muscles that requires energy expenditure. This could include activity while at work, travelling, playing with your children, performing household chores and various recreational pursuits.

Some key facts about physical activity, courtesy of the World Health Organization (WHO):

One of the leading risk factors for death worldwide is through individuals not performing enough physical activity.

How much physical activity should we be performing?

For children and adolescents aged 5-17 years

For adults aged 18 years and older

The benefits of physical activity

Performing moderate-intensity physical activity regularly, for example walking, cycling or playing sports has been repeatedly shown to benefit health. Whatever your age, some physical activity is better than none, and the positives of being active far outweigh the potential negatives, for example injury. Becoming more active and working towards the recommended activity levels, you can start to reap the many health benefits of exercise:

In a recent study performed at Push Doctor, we found that in just 9-weeks of aerobic and strength training, huge improvements were made:

What counts as moderate-intensity activity?

Moderate activity will raise your heart rate making you breathe faster and feel warmer. The NHS say that a great way to tell if you are working at a moderate level is if you can still talk but are unable to sing the words to a song.

Most people will class the following activities as moderate-intensity:

What counts towards your vigorous-intensity activity?

Vigorous activity makes you breathe hard and fast and while you are working at this level you will find it hard to hold a conversation without pausing for a breath. The NHS say that in general, 75-minutes of vigorous-intensity activity is equal to 150-minutes of moderate-intensity activity in terms of health benefits.

Most people will class the following activities as vigorous-intensity:

What activities will strengthen your muscles?

Strength can be defined as the muscles ability to exert force against load. There are multiple ways in which we can train strength, and some of you will be glad to know that you don't have to step in a gym if you don't want to as you can perform a lot of exercises at home. For example:

Strength training can be performed on the same, or different day to your aerobic training. It is not, however, aerobic exercise so does not count towards your recommended minutes of weekly aerobic activity.

When performing muscle strengthening activity, you should look to incorporate all the major muscles and joints of the body. See the programme from our case study for an example of how this could look. 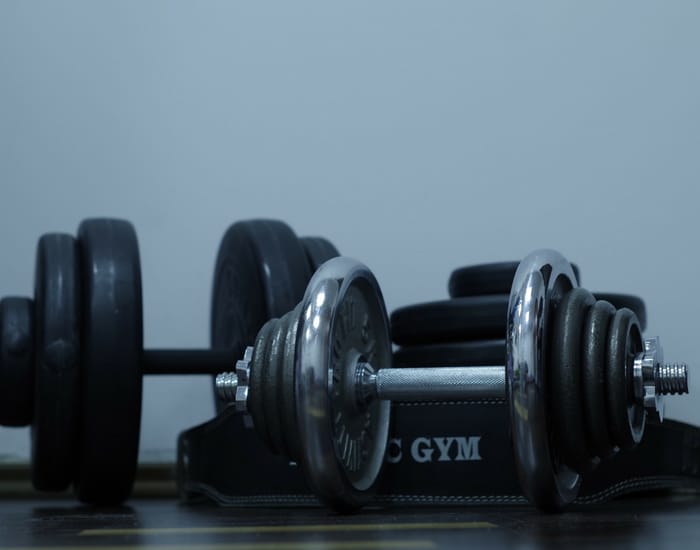