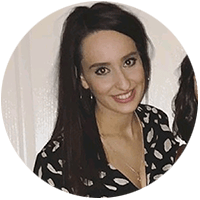 Absenteeism is an individual's intentional or habitual absence from work. The two words 'habitual' and 'intentional' are key here, differentiating traditional and expected sickness absence from an established pattern of behaviour.

'Habitual' absence suggests repetition – staff continually avoiding Mondays would be one example of absenteeism to this effect, or happening to contract food poisoning every time a new episode of the TV series du jour aired.

'Intentional' absence, however, suggests avoidance – staff artificially extending deadlines beyond what was originally agreed would be an example of absenteeism to this effect, or being absent to avoid an important presentation.

Of course, being able to define absenteeism doesn't make it any easier to identify in individual staff. Tackling absenteeism is a different complication entirely. But first, we should consider the impact of absenteeism, both financially speaking, and in a health context.

The impact of absenteeism

A 2016 report from the British Heart Foundation suggested that sickness absence costs UK businesses £29 billion each year. It is a testament to the difficulty with which absenteeism can be identified that it is well nigh impossible to separate legitimate sickness absence from absenteeism.

Within this £29 billion cost, the same report concluded that the average worker takes 6.6 days off each year due to sickness – a figure which may surprise you given the rise of presenteeism discussed in a previous blog of ours. This 6.6 figure is slightly lower than it was in 2015 (where it was 6.9 days per worker, on average), and markedly lower than it was in 2013 (7.6 days).

The report adds that the level of absence across the UK "tends to be higher in larger organisations, regardless of sector". Plus, manual workers tend to have 1.5 more days of absence per year than non-manual workers.

Costs of absenteeism for the US are similarly shocking. The Gallup-Healthways Well-Being Index reported that the average cost of absenteeism across 14 job types was $84 billion in 2013, a figure which can only have increased in the years since unless employers have been proactive in addressing absenteeism.

Bearing the increased absences in manual workers mentioned earlier in mind, this $84 billion average cost varies between industries – ranging from $160 billion in agriculture, to a figure more in line with UK reported costs in $24.2 in professional industries.

But these costs are solely related to finance and productivity. If we consider the reported reasons for absence, as detailed by the Chartered Institute of Personnel and Development (CIPD) in 2018, we start to see a few recurring themes:

Of these reasons, there is only one reason for both short and long term absence that an employer has direct control over – and that's stress. There are small initiatives that employers can introduce to help reduce the spread of bacteria and viruses to try and stem the tide of minor illnesses, and any efforts made to reduce team stress levels will have a positive impact on mental ill health, but beyond that, there is only so much control that employers have.

With reasons for absence like these, it seems inarguable that addressing employee health and wellbeing is the best possible strategy for reducing absences, let alone absenteeism.

The most common steps taken to manage short-term absence are, according to the CIPD survey referenced earlier:

But these are operational responses, not strictly related to health and wellbeing. For that, we suggest three main measures.

These three measures do not represent major logistic sea changes, but will immeasurably improve both employee wellbeing and staff retention at the same time. As a result, you are left with a team that is more invested in your company, working more on their own terms, at their own pace, and in a location that suits them. Absenteeism may be impossible to eliminate (or even prove) in your team, but these three measures, and the policies mentioned above should stand you in good stead in reducing absence rates throughout your company.

Prioritise Employee Wellbeing, Not Productivity
12 Ways to Create a Healthy Workplace
Case study: the positive impact of digital consultations on GP work / life balance
Mental Health in the Workplace: What You Need to Know
Presenteeism, Leaveism and Health