Learn about Hay Fever, how to cope and what you can do to improve.

We take a look at 7 hay fever hacks to help protect you from pollen this summer. 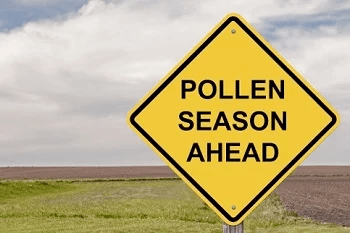 Hay fever sufferers have a hard lot. They’re just as vulnerable to cold and flu during the winter and don’t even get a break when the weather cheers up.

With hay fever season fast approaching, we’ve put together this handy guide filled with tips and techniques to help you prevent hay fever and protect you from pollen this summer.

Hay fever is an allergic reaction to pollen that in simple terms, causes your body to freak out when it catches the slightest whiff of the stuff.

Thinking it’s under attack, the immune system switches into overdrive – releasing an onslaught of chemicals in an effort to protect you from what it thinks is a life-threatening infection.

It’s these chemicals that cause the classic symptoms of a runny nose, watering eyes and an itchy or painful throat.

For some, hay fever can be much worse – leading to pain around the sinus areas of the face, headaches, earaches and feelings of excessive tiredness.

If you’ve got a pre-existing condition like asthma, this can also get worse when combined with hay fever and in some cases, hay fever can provoke asthma symptoms in those who don’t normally get them during the rest of the year. 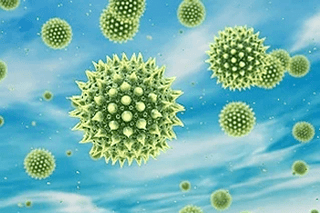 Since hay fever is caused by pollen, symptoms tend to become worse the higher the pollen count gets.

Luckily, measurements of daily pollen counts are freely available. You can log on to the met office website to see how bad pollen’s going to be, or use free apps, like this one from Benadryl.

By knowing how bad your symptoms are likely to get, you can take precautions before heading out and significantly reduce the impact of your hayfever.

3. Getting One Step Ahead Of Allergy Season

While there’s currently no cure known for allergies, there are treatments that can help reduce the effect of conditions like hay fever.

Immunotherapy, or desensitisation, exposes a sufferer to a gradually increasing dose of allergens, giving the body time to acclimatise to the substance and ‘learn’ not to make such a big deal of it.

Treatments are usually conducted with either injections, drops or tablets placed under the tongue, however, they’re usually reserved for the most serious cases only.

4. How to Avoid Allergens

Pollen counts are good for painting a broad picture of how bad your hay fever might be, but they can’t help when it comes to steering clear of local hotspots.

If you want to avoid flare-ups, don’t go anywhere that might be particularly potent with pollen. That means local parks are strictly off limits and you’ll want to go out of your way to dodge going anywhere near freshly cut grass.

If you usually enjoy exercising outdoors, you might want to consider switching this out for swimming. Not only will this help you evade pollen particles, but both the swim and the post-swim shower will help to clean away any particles that have stuck to you during the day.

Unless you shut yourself off in an air-tight room, you’re going to be exposed to a certain amount of pollen, but by using your common sense and staying away from anywhere with a large cluster of vegetation – you can significantly limit the potential for pollen.

To help spread their offspring far and wide, plants have evolved to produce pollen with adhesive qualities, which makes it stick to anything and everything as the wind blows it around.

This can be a nightmare for hay fever sufferers, whose clothes and even body hair quickly become contaminated with the substance responsible for their allergic reaction.

To minimise this effect, you should take care to reduce your exposure by:

Brits flock to their nearest beer garden at the slightest hint of sunshine, but for hay fever sufferers, this is a bad idea on two fronts.

As discussed, being outdoors for prolonged periods increases your exposure to pollen, but to add insult to injury, your favourite tipple is likely to make your symptoms worse.

Your body produces histamine as part of the allergy reaction, which in turn, causes inflammation to fend off any perceived attack.

However, alcohol also contains histamine, which can aggravate your symptoms. It can also be mildly dehydrating, which can stimulate your body into producing even more histamine. 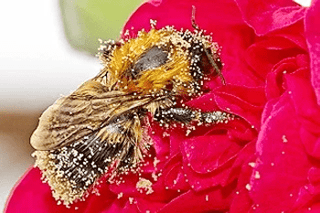 While the above steps should help reduce your exposure to symptoms, it’s unlikely you’ll last the entire season without falling prey to pollen.

Thankfully, there’s a range of ways to relieve your symptoms and prevent them from spoiling your summer altogether.

Brew up: Green tea is a fantastic drink in and of itself, but it can also be a boon for hay fever sufferers. Research suggests green tea can have an anti-histamine effect, serving as an effective hay fever remedy – in the short term at least.

Camomile also comes recommended and you might want to try using the teabag as a cold compress to sooth those swollen eyes.

Vaseline: Before heading outdoors, spread a bit of Vaseline on the inside of the bottom of your nose, this should act as a trap for at least some pollen particles.

Steaming the tide: If you’re already in the middle of a hay fever attack and are getting that bunged up feeling, one classic cold remedy might be of use. Try putting a towel over your head and breathing in steam, this should help to open your airways. Popping a decongestant like Vicks in the bowl can also speed the process along.

Sunglasses: The eyes make promising targets for pollen, so if you don’t wear prescription lenses, you might want to consider rocking a pair of shades to minimise their exposure.

Nice and spicy: Add a generous portion of garlic, ginger and chilli to your food – they’ve been shown to ease the symptoms of congestion and are tasty to boot. 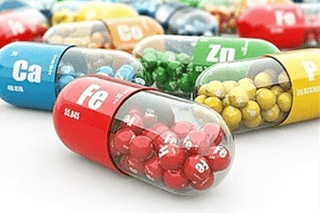 If your symptoms are particularly severe and don’t get any better after using over-the-counter hay fever remedies, you might need to see a GP, who’ll be able to prescribe medication to help ease their effect or prevent hay fever attacks.

Antihistamines, which prevent the chemical reaction that causes hay fever symptoms, are often prescribed. These can be used when the signs of hay fever first appear or as a preventative measure.

Corticosteroids, taken in either nasal sprays or as drops, can help to reduce the inflammation associated with the allergic reaction caused by hay fever. They’re usually used for people who don’t respond to antihistamines or those who suffer from a persistently blocked nose.

Hopefully the above tips will set you up for summer, but if you’ve got any suggestions of your own you’d like to share, or want to ask us any questions – be sure to leave us a comment below or get in touch via Facebook or Twitter.

And if you’re suffering from hay fever and are looking for expert medical advice – don’t delay. Speak to a doctor online now: